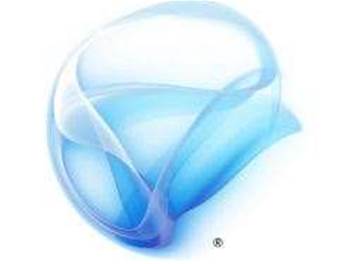 A legion of Silverlight developers have threatened revolt after Microsoft revealed it would focus on HTML5 and Javascript for its upcoming Windows 8 operating system.

Thousands of Silverlight developers converged on Microsoft’s forum pages to ask why there was no mention of Silverlight or .Net in the vendor’s brief video preview of the upcoming operating system.

Developers expressed fears Microsoft might let their investment in skills “die on the vine” as Redmond finally embraces open standards.

“Microsoft has a first class cross-platform application framework called Silverlight and they want us to write freaking Javascript. Really!?” posted Jan Hannemann, a research associate University of Victoria. “Did I mention that I'm disappointed?”

Within hours a second forum started on the same topic, which has been viewed a further 1.5 million times.

Next came an open letter to Microsoft on behalf of disaffected Silverlight developers, penned by developer Nicholas Petersen.

Petersen said Windows Presentation Foundation (WPF) and Silverlight developers had “valid reasons to be concerned that the Microsoft .Net UI (user interface) platforms they have grown to love and support are being demoted in Windows 8 in a way that could relegate them to a place of obscurity.”

Petersen said developers had seen no mention of Silverlight, .Net or WPF in any of Microsoft’s prepared statements or presentations.

In one Microsoft presentation, delivered at Computex on June 2, Microsoft executives were even accused of promoting the use of Adobe FLASH as a plug-in over Silverlight.

Petersen’s letter demanded that WPF and Silverlight apps enjoy the same level of integration with Windows 8 tiles and any future Windows app store as apps based on HTML5. He asked that Microsoft publicly commit to its legacy development standards.

The only reassurance Microsoft has given thus far was verbal: a Microsoft executive said that their applications will still be able to run on both the Windows desktop and in Microsoft’s Internet Explorer browser.

But developers noted that there was a big difference between support and continued investment.

Microsoft community manager Pete Brown told developers that “none of us at Microsoft can say anything” until Microsoft’s BUILD event in September.

“We don't have the full story,” Brown reiterated. “Making future architectural decisions based on assumptions from demos is irresponsible. Saying we should tell you more does not change the fact that you are making a decision based on a very minimal amount of evidence.”

“HTML was mentioned as pretty much everyone gets it, even non-developers,” he said. “And, quite frankly, that's pretty cool that we're doing that; a company that has gotten (in some cases, deserved) flak for not adopting standards is now incorporating one into the heart of their flagship product.”

But developers posting on the forum were not impressed.

“I'm not spending $2-3K going to BUILD [Microsoft developer event] just to get lectured on HTML, CSS, and Javascript... especially after investing so much time in my Silverlight framework,” said one.

“Without saying as much, Microsoft seem to be killing Silverlight with a thousand cuts,” he said.

McLeod said developers had to put in a lot of effort to work with Silverlight as it was “not as mature” as Microsoft had made out. Customers were demanding applications in HTML, he said.

Microsoft’s PR team has been contacted for clarity on the issue but have referred the matter to the vendor's US office.