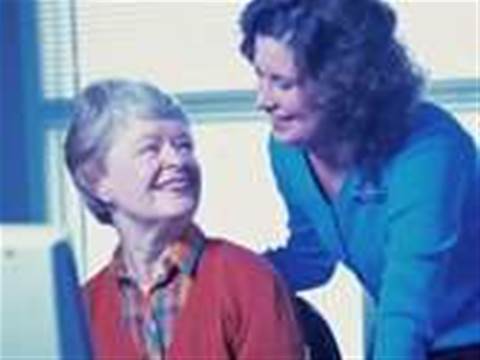 Australia's elderly population is being targeted by cyber-criminals, according to panellists at a security conference late last week.

Representatives from the law enforcement, ISP and vendor communities said that with life savings at risk and little experience on the internet, the country's 'silver surfers' are directly in the firing line.

The term 'silver surfers' refers to those consumers using the internet for the first time when over the age of 65.

"The seniors within the community are the target," said Superintendent Brian Hay of the Queensland Police. "These people with self-managed super funds, they have the money, they are being targeted."

The Queensland Police is currently conducting research to determine why these groups are so often falling victim.

"They are not used to the cyber environment," Hay said.

"Many think that these [hacked or fake] web sites are actually regulated by the Government - that provided they look glossy there is a level of protection there. We need to work out how to reverse that social engineering process."

"You have to give them a simple message, and regularly," he said. "While you could tell them 50 things they need to consider to cover 80 per cent of the threats out there, you could also just give them three things to consider that might cover 60 percent of threats. It's the simple things we need to emphasise - change your passwords, use anti-virus."

McGibbon advocated a 'public health' style campaign, similar to the ones in which the Government warns against speeding, binge drinking or unsafe sex. "You need repeat messages about what safe behaviour is," he said.

But calls for mass media campaigns were tempered by a representative from Telstra. Darren Kane, director of corporate security and investigations at Telstra said the incumbent telco is formulating education campaigns and awareness programs "as we speak," but that it was important not to create a sense of panic among consumers.

"The internet has brought incredible benefits to Australia," he told the conference. "What we don't want to do is scare people away from the internet. We need to make sure it's balanced."

His comments were not well received by those panellists representing law enforcement.

"Take online banking, when did you last hear a bank articulate about the victims of online banking fraud? These people who are broke and on welfare, who are on medication, who lose their identity or who might even commit suicide in some cases?

"Law enforcement does spread these kinds of messages, but I tell you what, people listen to them. The only messages out there for the victim is coming from law enforcement."