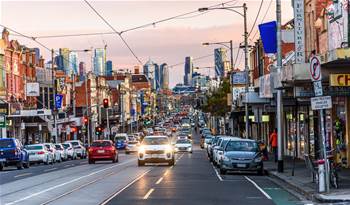 The Victorian government has selected a consortium backed by two industry superannuation funds and Macquarie’s investment arm to undertake a “significant” modernisation of the state’s legacy registration and licensing IT systems.

The joint venture arrangement, which officially starts in mid-August, is expected to generate $7.9 billion in “upfront proceeds” for the state, which the government said would be used to establish the Victorian Future Fund.

The government said “more than 75 percent of the consortium’s funding is coming from Australian superannuation funds”. It did not make clear where the remaining 25 percent funding will be sourced from.

The partnership is the result of a 15-month industry engagement process, which began after a scoping study found a part-privatisation of VicRoads was the “best way to develop modern registration and licensing services”.

After committing to protect the jobs of existing VicRoads employees, securing it the support of the unions, the government then opened up an expression of interest to “joint venture partners” interested in support the registration and licensing.

Under the joint venture, the consortium will be “responsible for providing capital and assume risk on the upgrade of R&L IT systems”, which will result in upgraded customer service systems and user-friendly registration and licensing.

The government, meanwhile, will retain ownership of VicRoads to “ensure control over regulation and policy, data and privacy provisions and pricing of essential fees, with information to remain secure and stored in Australia”.

It has appointed VicRoads R&L executive director Dean Tillotson to oversee the joint venture as CEO, and a new chief information officer in former VicRoads CIO Dale Andrea. Andrea is currently the Department of Transport's CIO for transport services.

The Victorian Ombudsman and the Office of the Victorian Information Commissioner will also continue to provide independent oversight of the R&L and custom plates services offered by the joint venture.

The partnership will also see corporate and enterprise IT systems across human resources, finance and procurement “enhanced for the latest functionality available in the marketplace” and better integrated into the “overall R&L ecosystem”.

“VicRoads’ current IT systems have served the department well – in some cases for over 20 years – and whilst most are doing a great job, they represent outdated technology, do not align with modern ways of working and engaging with our customers, and changes are difficult to make,” it said.

VicRoads also said the way its “entire suite of IT systems integrates with each other will also be significantly enhanced, with improvements to web and digital content management to drive better service to customers and partners/agencies”.

The modernisation represents the government’s latest attempt to rebuild R&L systems after its former registration and licensing (RandL) project was dumped by the government in 2015 at the cost of nearly $100 million.

Treasurer Tim Palls described the partnership as “a win for all Victorians – it means a better experience for drivers and owners of cars, motorbikes, trucks and boats, and continued investment in VicRoads for future generations”.

As a sweetener, the government will make licensing and online testing for learner and probationary licences free of charge, while safe drivers will be rewarded with a 25 percent licence renewal discount.

The government said the partners have a “strong track record of successfully partnering with governments to deliver services”, with experience delivering land titles services in NSW, SA, Victorian and WA, as well as data centres and telecommunications infrastructure.