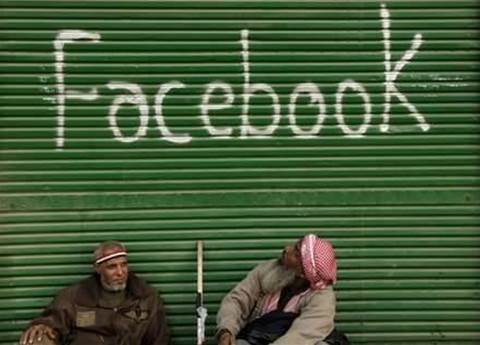 In the euphoria following the downfall of the Mubarak regime in Egypt, Wael Ghonim, the so-called “hero” of the revolution proclaimed:

“Technology played a great role here. You know, it helped keeping people informed, it helped making all of us collaborate.”

He said the Egyptian government was “stupid” to close down the internet because that showed the world Mubarak was afraid. The revolutionaries even had back-up plans in the event of a government closure of internet access.

But according to Yale scholar Navid Hassanpour, the apparent positive role the internet played in the revolution has been misrepresented.

Yes, shutting down the internet backfired for the Mubarak regime, but not in the way Ghonim and many others assumed.

According to Hassanpour, it was only after access to the internet was removed that the revolution began to take off.

In a widely circulated American Political Science Association conference paper, he argues that shutting down the internet did make things difficult for sustaining a centralised revolutionary movement in Egypt.

But, he adds, the shutdown actually encouraged the development of smaller revolutionary uprisings at local levels where the face-to-face interaction between activists was more intense and the mobilisation of inactive lukewarm dissidents was easier.

In other words, closing down the internet made the revolution more diffuse and more difficult for the authorities to contain.

Hassanpour uses what he calls “dynamic threshold models” and social network theory, which are very complex and based on some mind-bending equations.

He shows the higher levels of communication and connectivity made possible by the internet and the social media actually limit revolutions by centralising them.

Technology works for those who are highly connected in the centre, but it does not work well for those on the fringes.

When social media is the primary mode of communication, a significant number of potentially active demonstrators become observers rather than participants.

So what does the electronic media, which inhibits rather than contributes to revolutionary activism, actually do?

Noam Cohen, writing in the New York Times, put it this way:

“The mass media, including interactive social-networking tools, make you passive, can sap your initiative, leave you content to watch the spectacle of life from your couch or smartphone.”

So, intense exposure to the electronic media can make a person a couch revolutionary. Why take to the streets when one can be a participant by watching events on Facebook or other sites on the internet?

The real implication of Hassanpour’s paper for regimes trying to suppress revolutionary uprisings (President Assad, are you listening?) is to leave the internet up and running: in the long-term, the uprisings will be more centralised and by extension more containable.

There are many reasons why leaving the internet “open” can work to the advantage of the authorities, not the revolutionaries.

This may surprise British Prime Minister David Cameron, who recently threatened to shut down social media services in the face of the UK riots.

As has already happened in some countries, such as Iran, the government can use the internet to monitor dissident activity and even identify some of the leaders.

But more than that, the government in power can also use the internet to send out false information and manipulate the knowledge circulating among the general population.

Oldest trick in the (Face)book

This kind of action -- and struggles over knowledge and information -- is not unique to the modern electronic age. It has been going on since the main source of revolutionary knowledge dissemination was the newspaper and pamphlets.

There is evidence that prior to the internet being shut down in Egypt, revolutionary activists were aware that their electronic communication and movements were being monitored.

In late 2010, during the early days of protest planning, members of the Revolutionary Youth Council took precautionary measures so their meetings and other forms of communication could not be detected by authorities, which they believed were under surveillance.

“We also took the batteries out, because the police have the ability to listen in even when phones are off.”

So in the end, what can we say about Hassanpour’s argument?

Does shutting down the internet and other social media exacerbate revolutionary activity?

Or alternatively, would dictatorial regimes under threat be better off letting social media flourish, and in turn monitor and manipulate them?

We have a problem here because those espousing both arguments claim to be correct regarding the Egyptian revolution.

What we do know is there is a growing awareness of the power of social media in a large range of collective phenomena, not only in revolutions, but also in riots, mobs and other forms of crowd behaviour.

Given the tensions in some countries today, we may have an opportunity to test his theory sooner than we expect.

Lawrence J. Saha is a professor at the Australian National University's Research School of Social Sciences. This article was originally published at The Conversation.