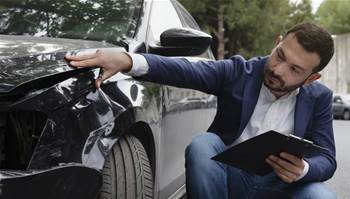 In May this year the Brisbane-headquartered company debuted the new service under a separate brand called Claimify, targeted at Queensland motorists in what appears to be a faster, cheaper way to onboard clients.

The platform is billed as a more convenient option for consumers, and includes a self-service online interview to gather the details of road incidents, which feeds data into the deep-learning case prediction tool for analysis and benchmarking against over 10,000 other cases.

It uses AI to help determine whether users are entitled to claim accident compensation, and advises them on their chances of proving the other driver was at fault, how much the claim is worth, how long it will likely take to resolve the claim, and the cost of the service.

Insurers, already under fire for tight-fisted policy payouts, will no doubt be thrilled.

Shine said in its FY19 full-year results that the brand’s first client was able to achieve claim lodgement with an insurer within five business days from her first point of contact, a process that typically takes upwards of a month in a traditional setting.

Its annual report, which was released on Wednesday, Shine said Claimify was the “first and most significant step” the company is taking to be a leader in the law automation space, which it flagged a “key disruption in the legal services market”.

That begs the obvious question of how automated claims analysis will be rolled out across the broader company.

Personal injury claims are a logical place to start, which Claimify shows through its multiple choice questionnaire that it presents to customers - while there are a number of factors behind motoring accidents including weather, prior injuries and previous driving history, these factors can be quantified relatively easily for machine processing.

Importantly, there are relatively few people from which to collect that data compare to class action suits, which constitute a significant part of Shine’s business.

Building up automated claims analysis in the class action space could drastically speed up the process of combing through the records of each member of a class action group, reducing the overheads on staffing.

In Shine’s case against NBN supplier Tandem, which is seeking up to $400 million in compensation, AI would definitely be a significant help in pursuing back pay and entitlements for up to 4700 workers.