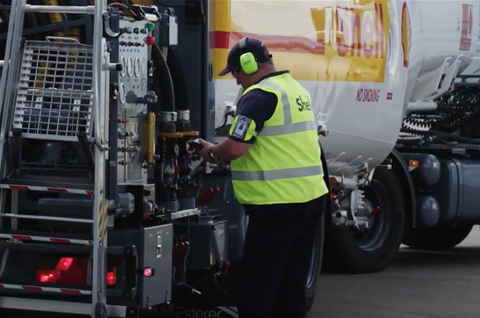 To deploy at 150 airports globally by end of year.

Shell Aviation is trialling a tablet-based app at 10 airports worldwide that will enable the company to complete aircraft refuelling faster.

The app, known as Skypad, is built on SAP's cloud platform and runs on tablet hardware designed to be operated in hazardous areas, such as in close contact to flammable materials.

The trial airports are located in the UK, Singapore and East Malaysia, but the company "plans to roll Skypad out to another 150 airports by the end of the year”, it said.

It did not specify these locations, but Shell Aviation has a substantial presence in Australia, servicing 47 airports including the major capital city terminals.

The Skypad app and tablet digitise what was previously a paper-based process, where refuellers would record measurements on a paper ticket that had to be signed by a pilot or maintenance engineer on the apron - an area of an airport where aircraft are parked.

“From the very beginning of the e-aviation project, we had this dream to get real-time data directly from the apron into our global SAP system,” Shell’s general manager of aviation HSSE, Victoria Guy, said.

“Before, when we were using a paper-based system it could take 24 or 48 hours for it to get into our SAP system.”

The refueller then enters meter readings into a e-form and gets the pilot or engineer to sign on the screen, and that data is then transmitted back into the SAP core.

“When you have an aircraft that is coming in on a 25 minute turnaround, every second counts.

“If we can perform the refuel and go through the whole process one minute quicker then that counts a lot for the customer.”

Shell said it was customising the app for the needs of different countries. Early results have been promising.

“We reduced the length of a transaction from 48 minutes by 16 minutes, and that actually means we save an average of 13.3 hours per day per airport,” Guy said.