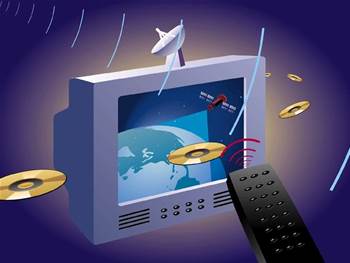 Sharp has launched its Aquos X series of LCD TVs in Japan, and set the date for a European launch in September 2008.

The Aquos X is touted as the world's thinnest LCD TV, measuring just 3.44cm at its widest point.

It uses 120-hertz technology to deliver full HD resolution and a dynamic contrast of 15,000:1.

Sharp stated that the delay in the launch in Europe is down to different technical standards in the two areas.

The range is being sold in screen sizes of 37in, 42in and 46in and will be formally launched in Europe at this year's IFA consumer electronics event in Berlin.

Sharp said that the Aquos X range represents another step towards its goal of the frameless LCD TV.

The device is also touted as the most eco-friendly in its class with an electricity consumption of less than 0.5W in standby.

Got a news tip for our journalists? Share it with us anonymously here.
Copyright ©v3.co.uk
Tags:
claimshardwarelcdsharpthinnesttvworlds