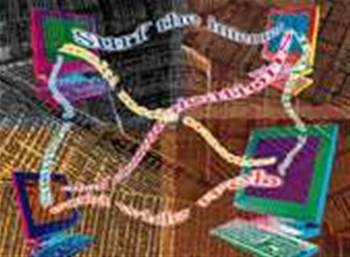 Intel has been accused of trying to undermine efforts to produce a US$100 laptop for developing countries by selling a product below cost to drive its rival out of the market.

Professor Nicholas Negroponte, founder of the One Laptop Per Child (OLPC) initiative, said that Intel's Classmate PC is being sold cheaply to hit sales of his XO laptop.

Negroponte expected orders to have reached three million by now and blamed the shortfall on Intel's tactics.

"The OLPC concept has received a lot of criticism and yet after that criticism [Intel is] either copying it or doing things perfectly in line with the concept. Intel should be ashamed of itself. It is just shameless," he told CBS.

Negroponte believes that his decision to base the OLPC on an AMD, rather than Intel, CPU is the root cause of the chip giant's actions.

He accused Intel of distributing literature to governments that heavily criticises the OLPC approach, pointing to the Classmate PC as a better alternative.

"We are not trying to drive him out of business. We are trying to bring capability to young people," he said.

Barrett maintained that Intel's literature was produced because "someone at Intel was comparing the Classmate PC with another device being offered in the marketplace. That is the way our business works."

Countries have until the end of May to place orders for the OLPC laptops, which are sold in batches of 250,000.

They sell for US$176 each, although Negroponte hopes to get this down to US$100 once he can reach mass production. Intel's Classmate PC sells for US$200 but, again, the company plans to drive down the price.

Negroponte has been working on the OLPC laptop, which is designed to withstand harsh conditions and can be dropped in water, for the past two years.

As well using an AMD processor, the devices runs Red Hat's Linux operating system and AbiWord word processing software. It has wireless functionality and comes with a built-in webcam.

Negroponte's aim is to provide children in the world's poorest countries with the means to help improve their education.
Got a news tip for our journalists? Share it with us anonymously here.
Copyright ©v3.co.uk
Tags:
damaginghardwareinitiativeintelolpcshameless