Set your watches for the end of Windows XP 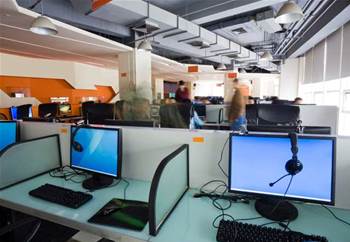 One year from today, the world's most popular PC operating system, Windows XP, will no longer be supported by Microsoft.

As of April 8, 2014, the software vendor will no longer provide security patches or other updates to the software.

The deadline - which Redmond has moved several times - will prove a challenge for many of Australia’s largest users of IT, all struggling to migrate to new Microsoft environments.

An iTnews survey in March 2012 found the likes of Westpac, National Australia Bank (NAB), the Australian Taxation Office (ATO) and the Department of Health were still running Windows XP and IE6 despite Microsoft announcing it would officially end support for IE6 in 2014.

Microsoft has been urging its users to migrate off its 12-year old internet browser, even launching a website this year to watch the number of IE6 users drop down to a target of under one percent worldwide. At the time of writing, 6.7 percent of worldwide browsers were still using IE6.

But large organisations haven’t been quick to act, citing compatibility issues and complex setups as hurdles to upgrade.

This time last year, the Australian Tax Office and its 26,000 workers were reliant on IE6 and Windows XP to run hundreds of programs that required modification before it could migrate to Windows 7 and Office 2010.

The ATO initially planned to start rolling out the solution last December to June this year, but recently told iTnews the full roll-out would now begin in November, after its peak 2013 tax period, bringing it achingly close to the XP deadline.

“We could not risk undertaking a rollout in early 2013 that may impact on tax time 2013," the spokesperson said. "As part of the contingencies in our planning the decision was taken to move the rollout till after tax time peak processing had ended.”

Around 2600 applications including Excel macros, VisualBasic scripts and other mission-critical applications required careful handling ahead of migration to Windows 7.

“The department has migrated all but a very small number users from XP to Windows 7 as a part its desktop refresh last year. The remainder will be migrated in the coming months,” the department told iTnews.

The Department of Veterans’ Affairs (DVA) is yet to set a firm date for its Windows 7 upgrade. The government agency has around 250 applications with an IT budget of $80 million, and wants to rationalise down to 50 applications via a move out of Windows XP desktops to Windows 7 and Office 2010.

CIO Shane McLeod told iTnews last month the body was close to forming the schedule and expected to be “well progressed” by the calendar year.

Insurance giant Allianz commenced its upgrade process to Windows 7 and IE9 in May last year. The standard operating environment (SOE) build and application packaging was completed in October last year.

CIO Steve Coles told iTnews the SOE and packaging underwent extensive testing to ensure it was robust enough to “support the applications across our environment.”

Allianz’s rollout started in earnest at the beginning of 2013. It is expected to be completed in the fourth quarter of this year.

“We have about 4000 Allianz users across 5200 assets nationally,” Coles said. “[There have been ] no material issues identified to date and the program is progressing well and slightly ahead of the original plan.”

The Department of Health and Ageing embarked on a Windows 7 upgrade path in February last year, while replacing its thick clients with virtual desktops.

It completed most of the upgrade, to 4500 staff, last year with a few stragglers still remaining.

National Australia Bank started its upgrade late in 2012. It will deploy Windows 7 and IE9 on physical laptops, desktops and thin clients, and is in the early stages of the project. It is currently identifying, testing and remediating applications.

The bank declined to comment on when the project is expected to be completed but said it will roll out in a staged approach.

Westpac and AMP did not respond to request for comment on rollouts at the two financial services companies.

Close to the wire

Users and IT departments are attracted to Windows XP because “it just works”, IBRS analyst Joe Sweeney told iTnews.

“It gives them everything they need,” he said.

He said the above organisations were approaching upgrades intelligently by taking their time to ensure it was done right.

“Have organisations left this too late? I don’t think so,” he said. “I think large organisations that have planned to roll out over an extended period of time are doing the right thing. They are probably smart enough to know they don’t need to worry about the end of service deadline.

“That out of support deadline means very little to these organisations in many ways,” he said. “Most are on Software Assurance, and the support for XP within their own organisations is so rich - there is 13 years of experience there.

Sweeney said its less critical "when you make the change" and more critical that you "do it well.”