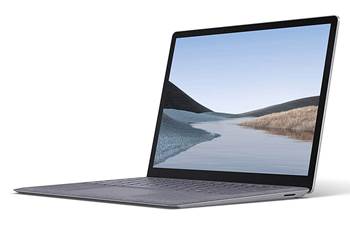 Services Australia has now purchased almost 20,000 laptops and more than 15,000 monitors since the coronavirus pandemic forced staff to make the jump from office to home-based work.

Canberra’s largest service delivery agency last week signed off on the latest in a string of contracts for new hardware devices at a combined cost of $19.2 million.

A spokesperson told iTnews the largest of the three deals will see Canberra-based Forward IT supply 6300 Microsoft Surface Pro notebooks under a $13.5 million contract.

Another 1000 Surface Pro notebooks will be provided by Sydney-based Ethan Group over a similar three year period at a cost of $1.8 million.

Dell Australia will provide a further 1100 Microsoft notebook PCs and 2200 computer monitors under a $3.8 million contract, though the model type has not been disclosed.

“The hardware … upgrades have been procured to meet a range of requirements, including mobility, asset replacement, growth, and business continuity,” the spokesperson said.

Much of the mobility and business continuity need arrived when non-customer facing staff at Services Australia switched to work-from-home arrangements.

The devices will also likely be used by 'surge' staff brought into Services Australia from other agencies across the Australian Public Sector to help manage higher work volumes.

The agency is ordinarily home to more than 27,000 staff in total.

Together with other major contracts with Forward IT, Ethan Group and Acer, around 19,000 notebooks and 16,000 monitors have been purchased in the last two months.

The hardware refresh is one of the largest to take place at the agency since May 2018, when the former Department of Human Services bought 10,000 new laptops and desktops.

However, almost all the devices procured under the $27 million desktop and laptop refresh were desktops.