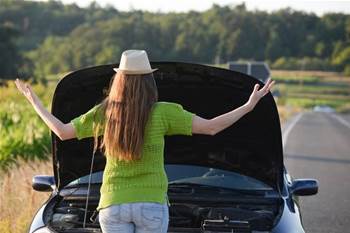 NSW citizens were unable to register their cars or renew their licences for most of Monday due to “technical issues” with the IT systems behind Service NSW’s road services.

The central service delivery agency acknowledged the problems in a tweet just after 9:30am AEDT on Monday morning.

“Due to a technical issue, many Transport for NSW (formerly RMS [Roads and Maritime Services]) transactions have been affected,” Service NSW said.

“We are working to resolve this as soon as possible and apologise for any inconvenience.”

“All other services are processing as normal (except for a small number of site closures due to the extreme weather over the weekend),” the spokesperson said.

The spokesperson would not detail the cause of the outage.

As a result of the outage, much of the Service NSW app is unusable, though users are still able to view their digital driver’s licence.

The working digital driver’s licence component of the application is hosted in Amazon Web Services.