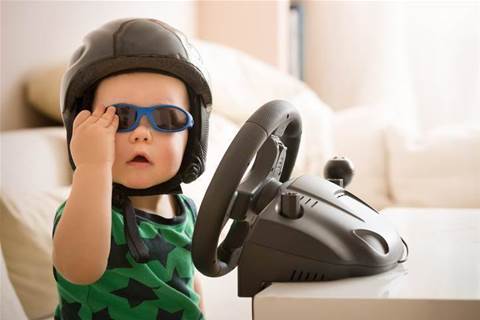 Engineers at Deakin University have developed an augmented reality driving simulator designed to help older drivers make better informed decisions about their safety on the road.

The simulator, dubbed ‘Hector’ and built into a sawn-in-half Holden Captiva, is fitted with sensors to track how drivers respond to changing road conditions and provide early warning signs for the onset of cognitive decline.

The project delivered in partnership with aged care provider Maclean Care, supported by a $726,000 grant from the commonwealth’s Dementia and Aged Care Services Fund.

Deakin vice-chancellor professor Jane den Hollander said the Hector is a novel demonstration of how communities can benefit from advances in augmented, “mixed” or “extended” reality technologies.

“The technology provides a more realistic experience than your typical simulator or VR headset, recognising that to immerse someone in a task there are many subtle things that need to be incorporated outside of just what can be seen,” den Hollander said.

“You’re actually sitting in a car, in this case a Holden Captiva. We cut that in half and then integrated all the technology inside it,” Horan said.

“So you’ve got the feel of the seats, your seatbelt, pedals, indicators, and we even put feedback into steering wheel to give a real sensation of driving in different terrain.

Horan added that the simulator doesn’t replace the expert assessment of cognitive function done by GPs, but it does provide a biometric feedback that can give an idea of drivers’ reaction speeds over time.

The feedback from people trialling Hector has so far been overwhelmingly positive.

“They gave feedback on things like accessibility – the car was chosen specifically so the seat was at an easy height to get in and out. But we also had to make sure that this technology was something older people were comfortable with using, that it was something relatively familiar and wasn’t too intimidating,” Horan said.

He hopes that the platform will be adopted by state road authorities and licensing bodies who might e interested in gaining a more comprehensive understanding of drivers’ capabilities over time.

“For example, it could be an effective update of the current hazards testing used when teenagers sit for their learner’s permit,” he said.

“It could also be used to help learners experience dangerous situations that they might not necessarily come across in the course of normal practice.”