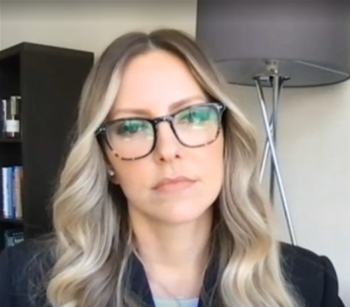 Twitter has denied accusations by parliamentarians it does not comply with police warrants for information on pseudonymous users on its platform.

The Bill would make online platforms legally liable for defamatory or harmful content published by third-parties if they do not or cannot reveal the end-users’ identities.

Senators said the company had previously argued that complying with these requests would conflict with the its privacy obligations to jurisdictions outside of Australia.

"Twitter has set up its entire business so its information is held in the US, which effectively allows Twitter to argue right around the world that it will not hand that information over," said Liberal MP and the committee’s chair Sarah Henderson.

Twitter’s public policy director Kara Hinesley said she did not have information on hand to comment on specific cases, but that the company complied with the “around 50” information requests it receives from Australian authorities per year.

Twitter releases this data in annual transparency reports but does not provide much detail beyond topline numbers in several categories of government requests for data.

Hinesley took a request on notice from Henderson, to “provide details on each of those requests and how many you have complied with”.

The first example raised of Twitter’s non-compliance with Australian police agencies’ information warrants was Henderson’s own unsuccessful attempt to get Twitter to reveal the identity of an account she said "trolled" her.

Henderson has sought to tie an account, @Geelong_Elite, to a former Geelong councillor, Jan Farrell, who Henderson has filed a defamation suit against.

"I’ve experienced this personally; where a police search warrant issued by Victoria Police has been met with a brick wall from Twitter."

Twitter said in its submission to an exposure draft of the bill that the bill's focus was on assisting individuals to launch defamation suits rather than protecting the public against cyberbullying or harassment.

"Because it was incorporated in the United States said they [Twitter] weren’t going to comply with the orders on  a question of extraterritoriality."

Hinesley said she did not have sufficient information to comment on either case, but that currently Australian legal entities can apply for this information through the mutual legal assistance mechanism (MLAM) and would soon have streamlined access through the CLOUD Act.

Australia and the United State signed the CLOUD Act late last year to give agencies in both jurisdictions fast-tracked, reciprocal cross-border data held by tech companies, without the long and complex application and review processes required by MLAM.

Home Affairs has said it expects the agreement to come into effect late this year after it undergoes a parliamentary and congressional review process in both countries.

The committee is scheduled to provide its final report on the Social Media (Anti-Trolling Bill) to parliament this Thursday.