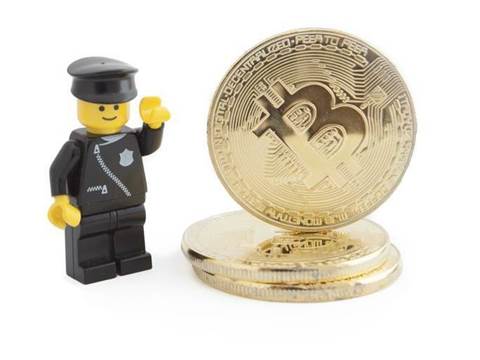 The use of Bitcoin and cryptocurrencies by criminals trying to evade detection by police hunting for illegally gained assets has turned into a financial bonanza for the Australian Federal Police.

With confiscated coins recently ringing up big profits on the back of soaring prices, the national crime fighter (and occasional media regulator) has revealed its first foray into seizing cryptocurrency as proceeds of crime generated a whopping twenty-fold profit thanks to volatility.

The story of the stunning returns started in 2016 when the AFP lifted, charged and subsequently convicted a gun runner for illegally importing firearms that were paid for in Bitcoin “which was seized at the time of the man’s arrest” according the AFP’s latest annual report.

But with the wheels of justice taking time to turn, it took until January 2018 before “members of the Criminal Assets Confiscation Taskforce and Criminal Assets Litigation teams in Brisbane successfully restrained the Bitcoin under the Proceeds of Crime Act 2002 (Cth),” the AFP said.

“At the time it was seized the Bitcoin was worth approximately $7300,” the AFP’s annual tome says, noting that the gunrunner was initially none too keen to hand over the keys to his coin. It’s not hard to see why.

“In November 2018, following protracted negotiations, the man agreed to the forfeiture of the Bitcoin,” the AFP noted.

Which is growth so stupendous most regulators would caution is needs to go into the too good to be true bucket.

Mind you, the plod don’t get to trouser the ill-gotten gains, at least not immediately. Instead they get “deposited into the Commonwealth’s Confiscated Assets Account” which in turn is administered by the Australian Financial Security Authority, which also oversees bankruptcies.

What’s less clear is whether the coin is converted to cash and then reinvested into other instruments or stays on the books as a crypto asset – which would be rather a novel development for what is essentially a sovereign fund.

However coin management and trading could soon need to become a core skill for the AFP and financial administrators of seized assets, especially as criminals, money launderers and other illicit fundies seek out instruments and currency that can fly under AML-CTF monitoring.

It’s now such a significant line of business that the AFP has issued its own operational tome for handling shady coin based on its initial jackpot.

“This was the first restraint and forfeiture of Bitcoin by the AFP,” the force’s annual report said.

“The operation informed our Better practice guide on identifying, seizing and restraining cryptocurrencies, which was published in 2018.”

Police auctions might not yet accept Bitcoin.  ... but they could soon be looking to sell you some alongside the Rolex watches, gold chains, loose diamonds and overpriced designer luggage frequently forfeited in raids.