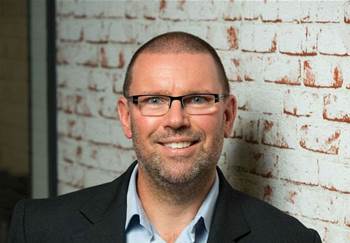 Online employment hub Seek is testing the effects of data analytics on the company’s two million candidate profiles to improve its ability to match job seekers with roles.

Seek hopes to compete with new rival LinkedIn, which has captured market share by disrupting the traditional relationship between recruiters and candidates by offering a personalised job matching service.

The company claims that candidates are now four times more likely to apply for a job that has been identified via this analytics tool than through a search bar.

The bespoke solution, which includes proprietary algorithms developed by SEEK's analytics team, has been live since February and has delivered 32 million recommended jobs to 950,000 members of Seek's candidate database.

Antony Ugoni, Seek’s head of marketplace analytics, was brought on board a year ago to drive the project.

His role was identified prior to the company restructuring the IT team to eliminate the CIO role.

Ugoni's team of seven data scientists are continuing to develop, optimise and improve algorithms in the company’s Microsoft SQL database and analytics tools.

“We are taking advantage of all those data assets to match candidates against those roles and then make the best recommendation," he said.

"These algorithms are out there at scale today with new algorithms in the development phase.”

As the team develop a new algorithm it will be released to a small number of candidates. After observing the online behaviour of those candidates, the algorithm is tweaked or a new one defined. This allows the team to prioritise which algorithms work best.

“We are constantly looking for candidates where it works really well," he said.

"We are letting the data tell us where these pockets are and then we do a deeper dive to understand where it is working and not working. Then we either improve or decommission dependent upon the most accurate matches.”

Ugoni said that while Seek's first analytics play was homegrown, he has nonetheless continued to evaluate off-the-shelf analytics software.

“We didn’t want to wed ourselves to a commercial product at this early stage," he said.

"We wanted to walk before we run. Ultimately we want to make all the best recommendations for our advertisers and candidates.”