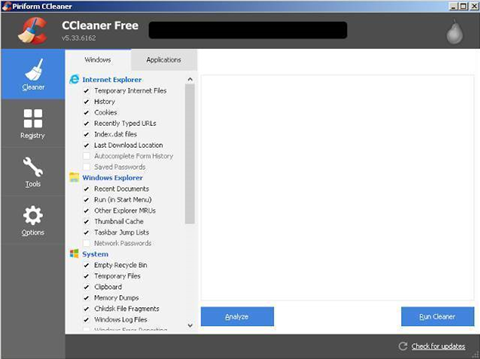 The malware was discovered after it triggered Talos malware protection systems at a customer site.

Avast said in a statement that an estimated 2.27 million users had installed the trojanised version of CCleaner.

The affected version of CCleaner was released on August 15 and was available for download until September 12.

Avast bought the developers of CCleaner, Piriform, in July this year and incorporated the program into its suite of software tools.

Piriform has confirmed that version 5.33.6162 (Windows standalone binary) and version 1.07.3191 of the Cloud variant were hacked, and apologised to users.

Since the digital signature for the trojanised version of CCleaner was valid, Talos said it most likely meant the program development environment had been compromised by attackers to insert the malware.