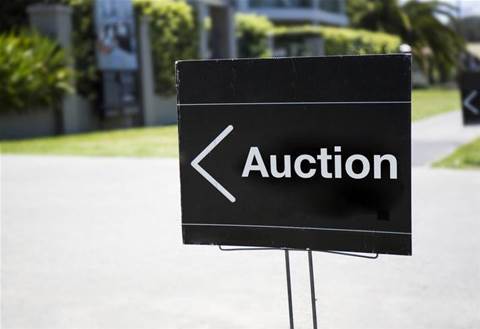 You won’t see this luxury build on Grand Designs Australia.

Ritzy real estate agency McGrath has conspicuously sheeted home a whopping $6.4 million toxic software system as the root cause of its bigger than anticipated $9.6 million net loss after tax for the first half of 2019, but says it has confidence a replacement will deliver the goods.

In a brutal lesson on how a borked build can hobble profitability in the digital age, the high-profile ASX-listed agency that positions itself at the elite end of Sydney’s property market on Monday wrote-off its previous internal development efforts in a pool of red ink.

The system’s scrapping follows the revelation by iTnews that McGrath had hired Ross Hoier as its first head of digital to spearhead an overhaul. Today is his first day on the job.

To put the depth of the crater into context, McGrath booked half-yearly revenue of just $42 million, down 18 percent.

Statements lodged with the ASX said that McGrath’s financial performance had been “adversely impacted by an impairment and onerous contracts relating to the reinvigoration of the IT strategy plus other tax adjustments.”

On the balance sheet “prior IT development” boiled down to a $3.4 million impairment charge, bolstered by a $3 million charge for an “onerous contract”.

The shuttered system’s exploding costs were helped along by curious additional $200,000 charge, also filed under the ‘onerous contract’ column the agency described as “the optimisation of premises on Sydney’s Upper North Shore” … the financial statements list this more bluntly as an “office closure”.

The IT blowout couldn’t come at a worse time for McGrath, as the Sydney real estate marked heads due south on the back of tightened availability of credit, banks pulling sharply back from mortgage broking and an arguable oversupply of units.

Like many property businesses, McGrath had been trying to achieve competitive advantage by building a data driven digital business that fused together elements like listing, pricing data, digital and mobile marketing and the reams of admin that go with property sales.

Cutting-edge digital platforms are a key factor in not only attracting house buyers and sellers but agents to come under the umbrella of property brands.

The role of technology, especially around web marketing, registry tech and analytics applied to maps and price data is now so critical Fairfax spin-off Domain is now selling its CRM platform as a service.

Keen to put past tech troubles behind him, McGrath CEO Geoff Lucas said that lessons have been learned and it’s onwards and upwards, at least on the tech front.

“After conducting a comprehensive analysis of the prior technology investment, we have determined our new in market solution will deliver our team and customers superior performance into the future,” Lucas said.

Being property, there’s always something big around the corner. McGrath told weary investors a new and much better system is just months away.

“McGrath is well advanced in rolling out a new and advanced technology solution, which combined with McGrath’s extensive database and data analytics systems, is expected to revolutionise its operations during 2019,” the company said in a statement.

Still, there may be hope on the horizon.

With weekend auction clearance rates unexpectedly strong, Lucas talked-up the benefits of a shakeout in an overcrowded market.

“We continue to see a trend of rationalisation of real estate agencies in the current market creating a flight to quality,” Lucas said.