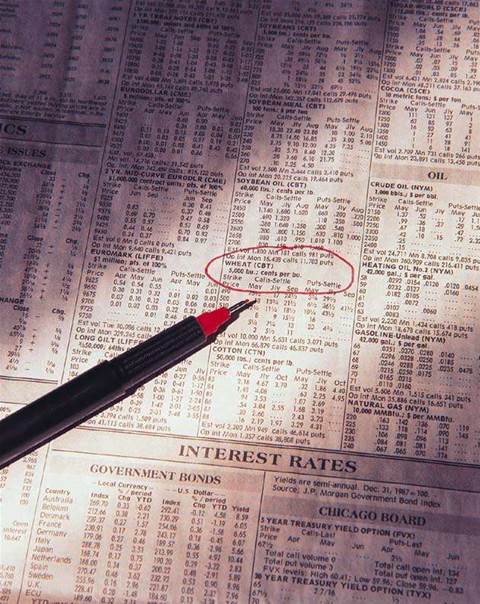 Shares for SCO fell by nearly 72 percent on Monday as shareholders responded to a court ruling that stated that the company doesn't own the copyrights of the Unix operating system.

At US$0.44, the software firm is valued at a mere US$9.4m. SCO stock peaked at US$400m in 2003, shortly after it kicked off a legal campaign against Linux users and developers, claiming that the open source application had illegally used code from Unix. In a legal claim against IBM, SCO demanded billions in damages.

SCO briefly offered a licensing programme through which companies could by indemnification from any legal claims. The programme produced several million in revenues. Microsoft and Sun Microsystems respectively paid US$16.8m and US$10m for a licence.

The SCOsource programme however was suspended when Novell claimed that it was the legal owner of Unix intellectual property.

A judge on Friday ruled in Novell's favour, eliminating the foundation from underneath SCO's claim against IBM.

The ruling furthermore stated that SCO should have paid its Unix licence revenues to Novell.

If upheld, the latter will effectively bankrupt the organization as spent the past licence revenues on its legal case and to cover losses from its dwindling software business.

The plunge in its stock price furthermore puts SCO back in delisting territory. The Nasdaq exchanges where SCO stock is traded requires that stock prices surpass US$1 and will cease trading if a company fails to comply.

SCO had been briefly delisted in 2005 when it missed several filing deadlines for its annual report and averted another delisting earlier this year after its stock price briefly fell below the $1 mark.

In a statement posted on its website, SCO said that it was disappointed in the ruling. The vowed to continue litigating where possible.

"Although the district judge ruled in Novell's favor on important issues, the case has not yet been fully vetted by the legal system and we will continue to explore our options with respect to how we move forward from here," the company said.
Got a news tip for our journalists? Share it with us anonymously here.
Copyright ©v3.co.uk
Tags:
on plummets sco software stock unix verdict