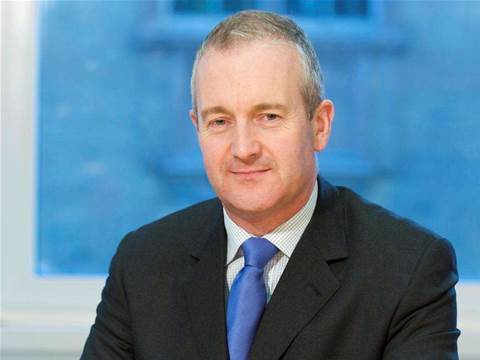 A local satellite mobile broadband provider actually proactively warns its customers when they start downloading abnormal amounts of data and offers to shift them to a better value plan to save money.

In stark contrast to the model on which most terrestrial 3G service providers operate - where downloads, particularly above quota, are encouraged - Inmarsat partner TC Communications appears to be taking a longer term view of its customer relationships.

"We focus on how we can minimise the customer's traffic profile," said Todd McDonell, chief executive of TC Communications.

"We ring customers up if they're going over a particular data level and put them onto a different plan if they're going to continue working at those levels. Telstra or Optus don't do that."

McDonell said his company had also been paid by the Australian Department of Defence to conduct a research project on ways of accelerate data rates over satellite networks.

This resulted in the development of a number of "customer profiles" that TC uses to optimise different types of traffic flowing across the Inmarsat network.

Inmarsat guarantees a 256 Kbps minimum speed globally. But satellite also works differently to 3G and other terrestrial networks in that it doesn't degrade as more users come online in a particular area.

Instead, each satellite is capable of several hundred spot beams, which can be reconfigured and focused anywhere on Earth to provide extra capacity where needed.

Inmarsat president Michael Butler, in Australia for only the second time, told iTnews that customer service and application of traffic optimisation techniques were "good reasons we've seen continuous usage growth on the network".

"It's about preventing bill shock," he said. "Spot it early and cut it off."

But he also joked: "It's amazing we have such cordial relations [with TC] because they've cost us tens of millions of dollars by minimising data throughput that customers introduce."

Most Inmarsat traffic is B2B rather than oriented to consumer services. TC's customers include the Royal Australian Navy, Coastwatch, Woodside Petroleum and Origin Energy.

TC was one of a number of customers and partners that gathered in Sydney last night for the switching on of nationwide mobile broadband services powered by Inmarsat.

Prior to the launch of a third i4 satellite in August last year and the repositioning of five other satellites, Inmarsat's services had been restricted to the Western part of Australia.

McDonell said that with nationwide coverage, one of the new offerings TC would take to market is to offer enterprise customers a mobile satellite connection for disaster recovery purposes.

Vanilla plans will start at approximately $10 per Megabyte, he said.

"Enterprises think if they have problems with their fixed connection that they will be covered by terrestrial cellular networks as backup, but in disasters like Hurricane Katrina even the base stations were underwater," Butler said.

"Satellite is the ultimate DR tool because you can't dig it up."