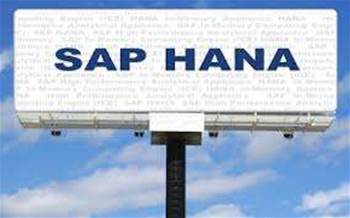 HANA in-memory database to the fore as company moves to cloud.

SAP's vice president of media relations, Christoph Liedtke, told iTnews the plans were part of the company's strategy to become more agile, faster and to simplify customers' dealings with the organisation.

The HANA in-memory database will be the focus for SAP as it aims to transition away from its traditional enterprise software licensing business to supplying cloud-based services and products, the company said.

Liedtke declined to comment on any potential job cuts or on the impact on Australian staff ahead of internal discussions with employees.

In February this year, IBM announced a US$1 billion "rebalancing" plan that would see thousands of United States jobs go to Lenovo in China and many others cut.

Liedtke said SAP plans to have more employees at the end of this year than it had at the beginning, but said restructuring was likely in some of SAP's acquired entities.

News of the company-wide restructuring comes hot on the heels of SAP's cloud president, Shawn Price, getting the heave-ho after just five months in the role, and its chief technology officer and HANA proponent, Vishal Shikka, quitting three years before his contract expired.

In addition to the SAP Australia subsidiary with 770 employees, the software corporation owns several other companies in Australia with a total of 133 staff.