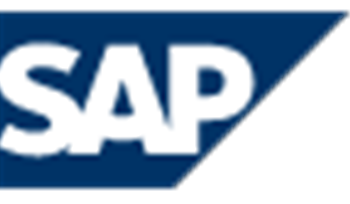 SAP’s user group community has agreed to a set of key performance indicators that will determine how quickly the German software giant phases in a contentious revamp of its support offering to customers.

The vendor has been locked in negotiations with the SAP user group executive network (SUGEN) since it tried to shift existing customers onto its Enterprise Support offering in July 2008.

The move met with opposition after it jacked up the price of support from 17 per cent to 22 per cent of a company's original spend with SAP.

"On the face of it, it was a fair price rise," said Grahame Reynolds, chairperson for the SAP Australian User Group (SAUG), one of 12 members of the global SUGEN network.

"Price is always an issue in the Australian community. No one likes price rises, but the problem was SAP wasn't particularly clear on what the value proposition [of Enterprise Support] was."

SAP's traditional support offering catered only to its R/3 enterprise resource planning product. But acquisitions and the introduction of new products, such as Business Warehouse (BW) and Business Objects, led to its decision to completely revamp the way it supports customers.

Enterprise Support is also understood to support custom code, providing it is properly documented, and to include a certain number of consultant hours.

But the expanded support comes at a cost that customers are unwilling to pay - at least until SAP can prove it is providing them additional value in line with the increased costs.

The introduction of the SUGEN KPI index will set a baseline against which customers can appraise and compare the value delivered to them by Enterprise Support.

One hundred global customers will deploy parts of Enterprise Support, track the results and contribute that data up to the index - including "five or six" companies from Australia.

SAUG has called for expressions of interest from its 400-strong user base, which it claims represents some 60 per cent of SAP's customers in Australia.

"The price rise is being phased in over seven years," Reynolds said.

"If the KPIs don't show an improvement or at a particular time the index shows that value doesn't match the price increase, further increases will be deferred or frozen until the KPI index matches up again.

"SAP has put some skin in the game here. The price will only ramp up providing value is clearly demonstrated through the KPIs."

Reynolds said SAP had remained strong on its commitment to phase in Enterprise Support and had not indicated it would "unbundle" elements of the package that user's may not want to take advantage of - for example, SAP consultancy hours.

Reynolds said the agreement demonstrated "the real tangible benefit of being involved in the SAP user groups." He said Australian customers had started to see value in the proposition.

"Customers have been able to work through their user groups to influence SAP and SAP in turn has been prepared to listen and to try and respond," he said.

SAUG runs events in Sydney, Melbourne, Brisbane and Canberra. It plans to run events in Adelaide and Perth from 2010.