SAP sinks $US3.4 billion into SuccessFactors 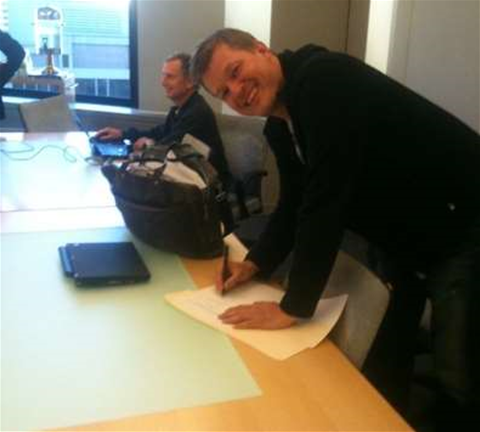 SAP is hoping to accelerate its race to become a "cloud powerhouse" with its $US3.4 billion acquisition of BizX maker, SuccessFactors.

The acquisition of the employee managament software company, announced Saturday, is being funded by SAP's free cash and a €1 billion loan.

“The cloud is a core of SAP’s future growth, and the combination of SuccessFactors’ leadership team and technology with SAP will create a cloud powerhouse.

"The acquisition will help us address the top priority for CEOs globally – managing people and talent,” said Bill McDermott, Co-CEO of SAP.

SuccessFactors was founded by Danish CEO Lars Dalgaard, who launched the company in 2001 with its performance management software.

The company currently has 1450 employees, 3500 customers and 15 million subscription seats, according to SAP. It earned $91 million in revenues for the quarter ending September 30.

Dalgaard will remain as CEO of SuccessFactors which SAP will keep as an independent brand.

SuccessFactors is SAP's most recent major acquisition since its $6.5 billion purchase of Sybase, which helped build up SAP's enterprise mobile technologies.