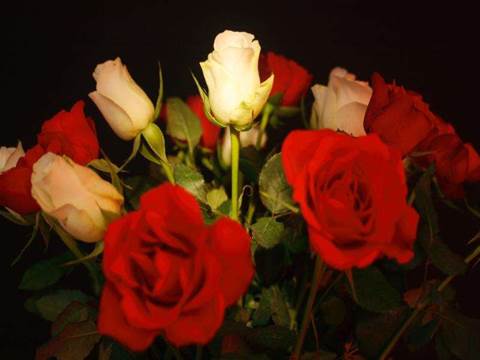 SAP is working to establish NetWeaver Business Client as the new front-end of its Business Suite by embedding "carrots" in its enhancement packs to convince enterprise users to give it a try.

Although NetWeaver Business Client was first introduced in 2007, it was designed for SAP's mid-market Business All-In-One suite, rather than users of the traditional Business Suite of products.

A second iteration of the client followed but only for use in SAP's cloud suite, ByDesign.

The third version shipped with SAP's full enterprise Business Suite for the first time in 2010, and the latest Business Client version 3.5 was included in Business Suite release 7i2011 at the end of last year.

"It's had a little bit of history and it's continuing to evolve," SAP Australia solution architect Phil Merrick told iTnews.

"The latest version of the Business Client [is] fundamentally designed as the primary access point for professional users for ERP solutions, making it easier to navigate and provide a rich set of content.

"In effect, it's SAP's next-generation GUI for the SAP Business Suite."

Although SAP sees NetWeaver Business Client as the future front-end to Business Suite, the software maker isn't about to force customers to use it over a standalone SAPGUI installation.

"It's a case of giving [customers] some incentives to [move]," Merrick says.

A key incentive is that it allows big SAP users to take advantage of some of the more cutting-edge capabilities made available in the regular enhancement pack releases for Business Suite.

"If you want to take advantage of the stuff that we've introduced with enhancement packs 4, 5 and 6, the Business Client becomes an easy way to exploit that," Merrick says.

"[It would make sense for] users who have traditionally been SAPGUI users ... to look at the Business Client as the next generation GUI because it opens up to them all of the new application content that we're developing.

"If all they ever wanted to run was the traditional SAP screens, then they could stick with the SAPGUI, but if they want to exploit a lot of the new things that we're delivering through the enhancement packs, and innovation platforms, the Business Client will give them the opportunity of leveraging that.

"Out-of-the-box dashboards, all of the new Crystal Reports, they're fundamentally ... dependent on something like the Business Client to access."

Taking advantage of some future SAP innovation will involve augmenting a standalone SAPGUI installation with some form of NetWeaver software.

"A lot of the innovation we're doing is not in the traditional SAPGUI space," Merrick says.

"We're bringing new stuff to market, so these are new capabilities through the enhancement packages and other solutions, those things won't be targeting the SAPGUI.

"There'll be new stuff for [customers] to take advantage of that won't be available if you're going to retain a purely SAPGUI environment."

From an augmentation standpoint, the front-end choice is largely between NetWeaver Business Client (which includes SAPGUI) or NetWeaver Portal (also teamed with SAPGUI).

"They collect content from different places and they can then do a richer variety of content than traditional GUI," he says.

Where Business Client differs from Portal is around "better desktop integration and the ability to do a little bit more client-side integration," according to Merrick.

SAP partner Plaut's service line leader for user productivity, Simon Kemp, wrote earlier this month that a recent demonstration by ETSA Utilities had seen him "adjust" his view of the value of Business Client.

"I had looked into the SAP NetWeaver Business Client (NWBC) a bit in the past but I had sort of drifted away from using it as I didn't really see the value that it provided... I sort of felt that by using the SAPGUI and the SAP Portal you didn't really need NWBC," Kemp says.

Kemp notes an interesting feature of Business Client that enables customers to "take 'old' SAPGUI screens and renovate them without changing any of the original code".

"I think this is brilliant, the ability to augment 'old' screens in a very non-disruptive way," he says.

Merrick urges SAP enterprise customers to look at Business Client as a way to bring richer user experiences into their environments.

"They've now got the upside of being able to exploit all the new things that we're doing in a much visually prettier way, which is something I think a lot of [customers] appreciate."