SAP opens up on cloud overhaul 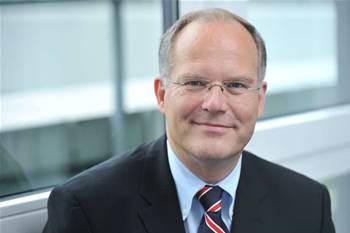 Responds to demand for answers from ByDesign customers.

SAP plans to rewrite the code base for its hosted software over the next 12-18 months, extending the in-memory features developed for its HANA database to its middleware and building a new user interface designed around touch and gesture.

The highly-damaging leak - which came during a reporting period in which SAP executives could not respond - has taken weeks to repair.

While ByDesign failed to gain wider traction, many of the reported 785 active customers - who earn SAP annual revenue of around €23 million (A$32 million) - are counted among the company's largest. They include Germany’s national airline Lufthansa and the NSW Department of Trade and Investment.

NSW Trade CIO David Kennedy immediately contacted SAP on the day of the leak, seeking both an explanation and formal advice that it would meet its commitments to the government. Several weeks on, his department now has that formal advice, and SAP executives have been allowed the freedom to speak.

This week Rainer Zinow, senior vice president of cloud solutions at SAP, discussed the company’s cloud vision at length with iTnews and argued that the German software company's strategy has been misunderstood, and thus misreported.

What was quoted from SAP’s “all-hands meeting” accurately portrays that fewer development resources will remain embedded in the ByDesign team.

Zinow has put forward a case, which has subsequently won approval from his executive peers at SAP, to expose the business to some short-term risk with a far more essential long-term goal in mind.

Zinow said ByDesign was not as vanilla as most cloud services could or should be. While all iterations feature the same underlying code base, SAP has gone to some effort to add new features to ByDesign for key clusters of customers, such as for government agencies or for professional services.

It is this effort - the customising of the software to suit new verticals - which SAP has chosen not to pursue further.

“We need to reduce the development speed on Business ByDesign while we focus on building a new cloud platform, based on HANA,” he said.

“We will keep a large team delivering on our existing commitments in the market [i.e. ByDesign], but within the boundary conditions of where the market is today,” he said.

“I am perfectly happy to build capabilities that a consulting firm needed as a customer, or for a customer in the public sector, but if a new opportunity came along to work on ByDesign for an automotive customer, for example - my response would be great idea, but not now.”

Zinow will essentially re-deploy development staff once focused on new features for ByDesign to work on re-writing SAP's cloud software from the bottom up, to produce a new cloud platform based on the “massive parallelisation” available from today’s semiconductors and the in-memory technology (HANA) SAP has already applied to its database.

In tandem, SAP's UX developers are working on a new user interface based on touch and gesture, on the assumption that users will be demanding corporate applications from tablets and other consumer-grade devices.

However, Zinow argued that existing ByDesign customers will nonetheless benefit from the process. Many of the same workflow, user interface and analytical engines being redeveloped for the HANA-based cloud platform should theoretically be able to slide back into ByDesign services at a customer’s request, he said.

After several days mulling over SAP’s formal response, David Kennedy told iTnews SAP was close to delivering on the sum of features he had expected from the cloud service.

“We purchased the service on the basis of what we knew it would do,” he said. “As yet there are a whole heap of modules and functionality we are yet to implement - things like CRM and point of sale.” Those rollouts are likely to continue, he said.

Zinow said he was “grateful” for Kennedy’s support.

“The US Government has a ‘cloud first policy’ - but there is a big gap between that and running a huge government department entirely on the cloud,” he said.

Read on for more on SAP’s HANA strategy. What will SAP’s future cloud solutions look like, and how will the redevelopment impact SAP revenues?