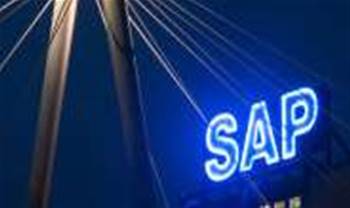 At this year’s SAP user group conference, held this week, a key complaint was that SAP is failing to share its innovations with its customers, who are preoccupied dealing with enormous upheavals in the enterprise environment.

SAP was criticised for having no new products due until 2014 and being late on product delivery despite investing almost 20 percent of its revenue in research and development.

1) The macro environment - the economic crisis, environmental concerns and loss of faith in capitalism.

3) Pace of technology - the pace of obsolescence is faster than the rate of adoption, consumer tech is ahead of enterprise, the digital divide is closing, and the connected ‘sameness’ of the world is driving new models.

Wang said: “These changes are pretty scary for business leaders – the planning cycle is now three years, down from 10. Ultimately, end users must be prepared to give up some level of control to obtain the flexibility required to optimise their existing SAP environments.”

There were also calls for SAP to deliver on past promises. They ncluded: reducing the cost of ownership and complexity; addressing integration with legacy infrastructures; completing the original and promised product road map; reduction in the cost of maintenance; and a renewed focus on innovation.

Wang argued that there was a lot of innovation hidden inside SAP with little market exposure. He said that the SAP Lab is focusing on disruptive technologies such as the use of web 2.0 in the enterprise, and is also developing a number of devices and sensor technologies as well as mobility solutions. However, Wang argued that internal politics prevents these solutions from emerging.

Wang added: “End users are spending so much time maintaining their existing environment with budget cuts and limited resources that they don’t have time to think about necessary innovations. SAP needs to start sharing innovation information with its customers.”

Chairman of the SAP user group Alan Bowling said that another key area of debate was the significant concessions won by the user group regarding SAP’s attempted price rises for enterprise support.

Last year's proposal to increase maintenance support from 17 to 22 percent of license revenue was renegotiated to the extent that SAP now have to prove over a seven year period (rather than immediately, as was originally proposed) that the price they are charging is matched to value.

SAP is due to make an announcement in December on how they will meet the price/value proposition.

Got a news tip for our journalists? Share it with us anonymously here.
itweek.co.uk @ 2010 Incisive Media
Tags:
groupinnovationneedssapsayssharesoftwarestrategytouser