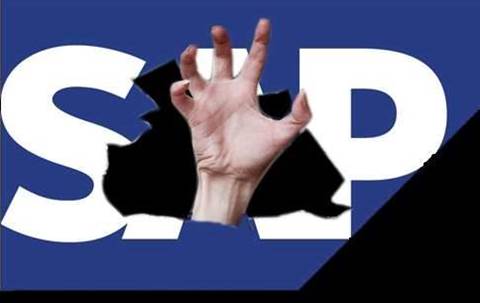 Hundreds of organisations have been detected running dangerously vulnerable versions of SAP that are more than seven years old.

Thousands more have placed their critical data at risk by exposing SAP applications to the public internet.

SAP is among the most popular business applications, used by some 180,000 customers worldwide, including three quarters of Forbes 500 companies.

Vulnerabilities in the platform have been targeted in a range of attacks including those to modify paychecks. They are also increasingly popular in the whitehat and blackhat exploit trade.

Research to be released next month has found companies around the world, including those in Australia, have placed their SAP deployments at risk by exposing to the public internet portals and supplier and customer relationship management software.

"You need to do your HR and financials with SAP, so [if it is hacked] it is kind of the end of the business," Polyakov said. "If someone gets access to the SAP they can steal HR data, financial data or corporate secrets … or get access to a SCADA system."

Ployakov said it was a common misconception that SAP systems were not publicly-facing and remotely-accessible, noting that many Asian countries experiencing a wave of new SAP deployments were exposing their critical systems.

Roughly the same findings were uncovered for versions of SAP NetWeaver J2EE, which contained holes in critical services that without authentication could allow attackers to create users and assign roles, execute commands and turn the engine on and off.

In further research to be published in full next month, Polyakov found one in three companies had SAP routers publicly accessible by a default port. About 15,000 servers had been scanned so far using Amazon clusters.

The SAP Dispatcher service for client-server communications was publicly exposed in one in every 20 organisations scanned. It contained default accounts that could be used to fully compromise SAP systems.

But companies have made significant inroads to fix information disclosure holes that would reveal version and patch data. Last year Polyakov found 59 percent of servers were affected by the flaws, which had dropped to 6 percent this year.

Scans of the public internet revealed that since 2009 severe vulnerabilities including remote code execution were becoming more common, while less dangerous bugs had tapered off.

Some 2600 vulnerabilities have been discovered since 2001 with the vast majority uncovered since 2010. About 150 security holes were reported each year.

Fifty two vulnerabilities have been found already this year of which all but a handful were reported by external researchers.

Security research into SAP too has spiked with technical presentations demonstrating successful hacks against " almost every service used by SAP".