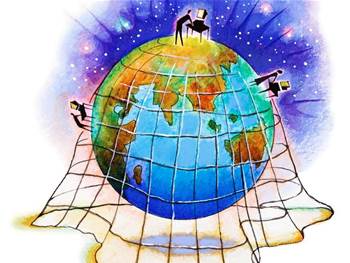 SAP is stepping into a new era with the launch of an online, subscription-based, business application suite dubbed, Business ByDesign, according to its CEO Henning Kagermann.

SAP is targeting the suite at midsize customers with 100-500 employees, a market that has previously been ignored by the software vendor.

"I'm now 25 years in this company, and I can say it's the most important announcement I've made in my career," Kagermann declared at the launch of Business ByDesign in Manhatten, last week.

SAP Australia and New Zealand launch manager, John Goldrick was in agreement with his global boss, stating that the launch will open up many new opportunities for the company.

“What you’ll find is that this new suite targets a new segment of customers that SAP has never dealt with before,” he said. “It’s all about getting into a new space we haven’t played in before. We’re opening ourselves up globally to tens of thousands more companies to sell to.”

Formerly known as A1S, the Business ByDesign suite automates a wide range of business processes, from supplier management to customer relationship management to budgeting and planning. Companies can subscribe to it for $175 per user per month once it is released in Australia next year.

Although the business plan of selling the suite is based on a monthly subscription fee and goes against the grain of SAP’s traditional software licence sales, Goldrick believed that it would in no way cannibalise SAP’s current business model.

Rather, the change would open up new streams of revenue for the company, he said.

“It’s something that is new, something that no one has done. It’s not an ERP system on demand, it’s a full business suite integrated online,” he said. “So far we have identified about 3000 to 4000 organisations in Australia that this would suit.”

He also ensured that if a company were to grow beyond the 500 employee mark, the software would mature with it, yet they would not be forced into adopting software licences.

SAP Business ByDesign is currently in market validation and testing. It will be available in Australia in 2008 and New Zealand 2009.