SAP backs away from Business ByDesign 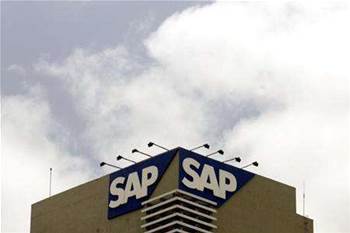 The SAP logo is seen on a building at the SAP India labs campus in Bangalore June 24, 2009. Credit: Reuters/Punit Paranjpe/Files

Hosted product being wound down?

Business weekly Wirtschaftswoche said SAP would stop the development of Business ByDesign, although existing customers will be able to continue to use it.

An SAP spokesman said on Saturday that development capacity for Business ByDesign was being reduced, but that the product was not being shut down.

SAP, one of the world's biggest makers of business management software, originally projected that Business ByDesign - which was launched in 2010 - would reach 10,000 customers and generate US$1 billion (A$1.03 billion) of revenue.

The magazine reported, however, that the product, which cost roughly 3 billion euros (A$4.24 billion) to develop, currently has only 785 customers and is expected to generate no more than 23 million euros ($32.5 million) in sales this year.

By comparison, in the second quarter, SAP's software and software-related service revenue stood at 3.35 billion euros.

SAP started working on Business ByDesign in 2003 to diversify sales beyond its traditional market of large corporations and government agencies, trying to compete with software sold by NetSuite, a company founded more than a decade ago by Oracle chief executive Larry Ellison.

The Wirtschaftswoche report said that ever since the SAP product's launch, customers had complained about technical issues and the slow speed of the software.