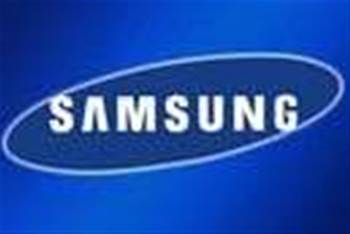 Samsung has unveiled an update of its flagship smartphone, along with the latest iteration of its tablet range.

At the same size and with similar aesthetics, the Android 3.0-based tablet contains Nvidia’s Tegra 2 chipset and drops TouchWiz for a standard Google UI.

The tablet offers a two megapixel front-facing camera for video calls, along with an eight megapixel back-mounted camera with 1080p HD recording capabilities.

Customers will have a choice of either a 16GB or 32GB models when it hits the shelves, which is expected in the Spring in the UK on Vodafone.

Ovum principal analyst Tony Cripps expected the revised tablet to give the iPad "a strong run in terms of overall volumes over the course of 2011".

"The Samsung Galaxy Tab 10.1's high specification and larger size should see it tapping into different market segments to both the original Galaxy Tab and Apple's iPad," he said.

"Ovum would expect it to sell at least as well as its seven inch predecessor, which had sold over 2 million units at the last Samsung estimate, although we're not currently expecting it to outsell the iPad by itself."

Got a news tip for our journalists? Share it with us anonymously here.
Copyright © ITPro, Dennis Publishing
Tags:
2011andgalaxyhardwaremwcsamsungsmartphonetabletupdates