Samsung and LG sued by Kodak 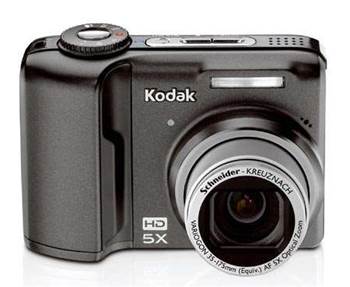 Kodak has announced it has filed formal complaints against Samsung Electronics and LG Electronics for copying its technology related to image capture, compression, data storage, and the method it uses for previewing motion images.

After failing to reach agreement with both companies through discussions, Kodak said it had no other choice but to seek help from the courts.

“Kodak has a long history of innovation and we have invested many millions of dollars developing our digital camera technology,” explained Laura Quatela, Kodak chief intellectual property officer

“We must take this legal action in order to ensure that we protect the interests of our shareholders and existing licensees of Kodak digital camera patents,” said Quatela.

The filing by Kodak against Samsung and LG is being made in the United States District Court for the Western District of New York, as well as in the U.S. International Trade Commission.

Kodak has not disclosed the amount of damage it is pursuing.

Got a news tip for our journalists? Share it with us anonymously here.
Copyright ©v3.co.uk
Tags:
actionagainstcamerakodaklgsamsungstrategy