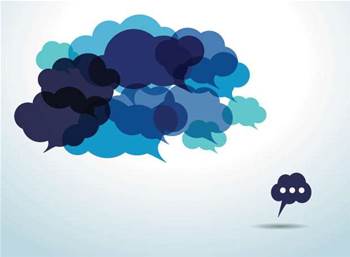 Salesforce.com has quietly released the ability to send private messages over its Chatter private social network, signalling its latest attempt to take down internal company email.

A pilot version of the feature was made available for existing Chatter users over the weekend as part of the Summer '11 release.

According to director of product marketing Robin Daniels, the feature had been included in the release notes but had been purposefully kept quiet.

Chatter license owners would be able to apply for inclusion in the private beta ahead of the feature's general release in October.

In the meantime, Daniels said the company would look to gauge interest in the feature.

Statistics would be gathered from some of Chatter's biggest users but Daniels would not confirm whether Dell, which has 100,000 Chatter accounts, was piloting the capability.

The June release has brought with it many of the features found in both Facebook and Twitter, including introduction of @ mentions, hashtags, message favourites and invitations.

Unlike Twitter's own direct messages, the Chatter private message system doesn't limit the number of characters, but does remain tied to the company's internal employee database.

Daniels said salesforce.com would look to expand the feature for replies by email or SMS - like Facebook's Messages - in future, as well possibly opening it up to messages to approved Chatter users outside the company.

The ability to link to a master file, rather than multiple, updated versions as is common in email, would also likely meet the recent requests of CIOs including Altium's Alan Perkins.

Though Daniels affirmed the salesforce.com was looking to work alongside existing cloud email solutions, rather than supplanting them, the new feature would likely reduce the amount of internal, personal emails sent between company employees.

"We see email as being really a detriment to collaboration and communication - we release there's a better way to communicate, better to collaborate, share files and so on."

The company is expected to further clarify future features for the Chatter service at its international Cloudforce conference in Boston next week.

The Australian salesforce.com office is believed to have considered a move to Gmail for local staff as an extension of its existing Google Apps use, but has delayed the migration until later in the year.

The mail service would replace the instance of Exchange that it has used in the past.

While Chatter has been used widely internally for group chat, the upcoming features for the collaboration service is unlikely to affect any email migration plans.