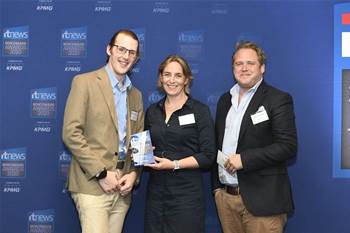 Protecting connected assets in any situation.

When it comes to critical infrastructure, few services are more important than the supply of water.

In South Australia, the government agency in charge of providing water services to 1.7 million customers recognised this threat, and decided to overhaul its Supervisory Control and Data Acquisition (SCADA) system used by SA Water to monitor and control the assets that provide water to customers’ taps, and for the safe transport and treatment sewage.

The resilient, cost effective system now allows the agency to monitor and control its water assets in any situation, be it a state-wide power interruption or targeted cyber-attack.

Under the new SCADA system, which is a central, virtual solution in a single secure data centre,a full system rollback can occur in hours instead of days.

In the event that equipment is unable to be centrally operated, such as due to a telecommunications failure, local workers at sites can re-take control using an emergency human-machine interface.

SA Water said the project aligned to the utility’s strategy of getting the basics right every time.

It also met other strategic objectives, showing it is 'leading the way' with new technologies and fresh approaches, and is 'working together' with 'capable and committed teams’ to manage the change.

The new SCADA system is expected to provide benefits to SA Water for the next 15 years.

You can read more about SA Water's work alongside the other winning projects and finalists here.