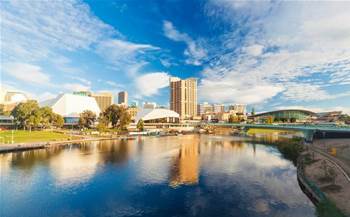 South Australia’s Department of Planning, Transport and Infrastructure is embracing open source, cloud-hosted database infrastructure in a bid to oust expensive proprietary systems from its environment.

It's the latest move in what has become an extensive migration into public cloud to cut the cost of running geospatial information and traffic management systems in the state.

The geospatial data systems fall under the auspices of Location SA, for which the department - known as DPTI - is the lead technical agency.

“Location SA is a group of government agencies that willingly and collaboratively want to adopt the services that we provide,” DPTI business and location services manager Greg van Gaans told the recent AWS public sector summit in Canberra.

As of July this year, DPTI had stood up a geospatial platform-as-a-service consisting of Esri’s ArcGIS hosted on AWS and is now selling access to that to other state departments and agencies.

Seven other departments and agencies, including emergency services, have signed on so far to directly access the PaaS; others without the geospatial skills engage with DPTI to configure the PaaS for their specific projects or needs.

DPTI is also using AWS for its own compute-intensive map processing, allowing the government to avoid a $500,000 replacement of high-end server infrastructure and instead run a weekly process in AWS that takes one-third of the time and for less than $150.

The end-of-life server replacement was DPTI’s first foray into AWS, and its success has led to the expansion of cloud projects and use cases.

“One was that our high-end GIS infrastructure was end of life and needed replacement. When I say high end, that server infrastructure would cost us about $400-500K to replace today.

“These things had 768GB memory, 128 cores, they’re connected to high speed SAN through fibre, SSDs on the SAN - this is not cheap kit to replace.

“At the same time, however, the existing kit was failing to complete a really important geospatial task in a reasonable timeframe.”

That task was building raster basemaps, which essentially are the background detail of common map services.

The viewer is an official state-based source of GIS data, used both by the public and by other agencies including emergency services. It has different views including topographical, street map and aerial photography.

“Building one of those basemaps - the topographical basemap - was a big problem,” van Gaans said.

Those 21 levels are where the complexity really starts to show.

“That’s only down to level 7 and we’re going down to 21. It is trillions of tiles.

“So to build those tiles is a time consuming exercise. Our topographical basemap [regeneration] was taking 56 hours.”

The department turned to AWS to determine how expensive it would be to run this process in the cloud instead.

AWS offered the department $100 in credits, then upped it to $1000 when van Gaans raised the prospect of the first offer not covering DPTI’s trial costs.

“We chose an [EC2] server in one AZ [availability zone] so there was no high availability and no auto scaling,” he said.

DPTI was happy with that, but AWS offered a solution architect to finetune the architectural design and drive down the cost.

“The AWS architect came up with a new architecture with auto scaling. They also opened our eyes to spot instances,” van Gaans said.

DPTI used a paid engagement, known as an AWS enterprise jumpstart, to establish its cloud account structure and to put in place the correct security settings and configurations to run in the cloud at scale.

“if we had to try and unravel that ourselves we conservatively estimate it would have taken us about 18 months and we would have made myriad mistakes along the way, even to the point where we may have exposed some data and services insecurely,” van Gaans said.

“We’ve moved away from traditional application management on physical infrastructure. We’ve tried to fully embrace AWS cloud by reducing our dependency on infrastructure at all,” he said.

“We don’t [even] want to be reliant on EC2 servers. We want to adopt a broader range of serverless offerings and let AWS worry about running those servers.”

DPTI said going serverless would result in a “significant reduction in maintenance” and infrastructure management.

“We also have more manageable applications because by using serverless, we’ve been able to break applications down to microservices, decoupling them from the applications, so if we have a failure or something goes wrong, the only thing we lose is that one microservice,” van Gaans said.

“The whole application doesn’t fall over, but one small amount of functionality may fail.

“By leveraging serverless we also have better performance because these things are largely global services which means they scale automatically. There is better security and protection, and improved reliability because they’re redundant across multiple AZs in the region.”

One of the uses of serverless is to underpin the traffic congestion service that SA government launched back in 2016.

Bluetooth beacons are fitted to major intersections and track the progress of vehicles via the car’s handsfree kit.

“Traffic.sa.govt.au all runs out of Lambda. It’s simply a Lambda service sitting behind an API gateway which then delivers this through an API as a REST service to the client. The client is sitting in an S3 bucket so there’s no server behind that either. So the whole thing is serverless.”

“We run that traffic congestion information on Traffic SA for around $6 a month, with no servers to worry about.”

DPTI has kicked off a second jumpstart process with AWS to prepare its line of business applications to run in the cloud.

“We’re establishing a Direct Connect into the Sydney region. That will allow us to get rid of some of our databases, which cost us a lot of money,” he said.

Van Gaans did not directly name the database vendors in the firing line, though an architectural slide outed them as Oracle and Microsoft.

“We are on a bit of an open source journey at the moment, and we’ve found that PostgreSQL has been not only incredibly reliable but also performant,” he added.