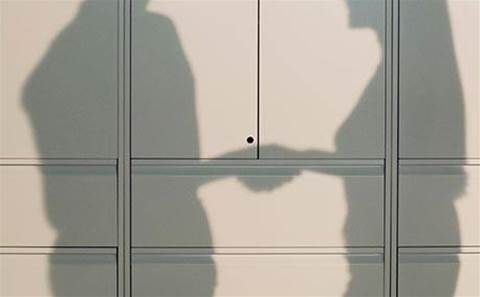 Vendor agrees to renew licences rather than go to trial.

The South Australian government has managed to resolve its differences with hospital software provider Global Health, preventing a potentially messy Supreme Court trial set down for the end of this year.

The state has been locked in a legal spat with the Australian distributor of a legacy patient administration solution known as CHIRON since last year, over the health department's refusal to stop using the 1980s, out-of-license software in at least a dozen regional public hospitals.

SA Health is the only remaining user of the long-unsupported product, and the vendor has complained that the continued installation represents an unwanted drain in its Australian resources.

However, this week the pair managed to work out their differences in just one day of court-ordered mediation.

Global Health CEO Mathew Cherian said his company had agreed to formally withdraw the legal proceedings within seven days of the government paying it $5 million plus GST in exchange for ongoing CHIRON licences to 31 March 2020, backdated to 1 April 2015.

The money is due by the end of the month, and the fee lines up with what the health system was paying before the lawsuit, estimated by Global Health to be between $750,000 and $1 million a year.

If the SA government decides it wants to continue using CHIRON beyond 2020, it will need to pay $600,000 a year, including CPI.

The deal will see Global Health issue a “a royalty bearing, perpetual and non-exclusive licence” for CHIRON plus its HARMONY and eSwitch products.

However, South Australia can only apply those licences in hospitals already using CHIRON or “as otherwise reasonably required in connection with those regional hospitals”.

The trial, originally set down for the first two weeks of December, will now be vacated and there will be no order on costs.

The deal represents a turnaround for the company, which had previously refused to sell South Australia any more licences for the ageing software beyond March 2015.

But Cherian said Global Health was "pleased to have brought an end to the dispute with SA Health and looks forward to focusing all of its energy on continuing to develop new products and expand its business”.

The end of the dispute may, however, turn out to be only a small consolation for the Australian operations of Global Health.

According to advice to the market, SA Health licence fees typically made up roughly 15 to 20 percent of Global Health’s Australian revenue in any given year, prior to the licences being withdrawn.

The state government has now funded the planning stages of a move off CHIRON in its country hospitals, and Health Minister Jack Snelling told budget estimates this week it was very unlikely that his government will be buying more software from Global Health.

He said cabinet has not considered its options yet, but the obvious choice would be to continue the rollout of the Allscripts enterprise patient administration system (EPAS) already underway in metropolitan sites, to the country hospitals.

“I am not going to rule anything out, but I think it would be very unlikely that we would go to a different product for country South Australia,” he said.

“We are starting the initial body of work that we need to do to get ourselves in a position where I can go to cabinet with a proposal to replace CHIRON with EPAS.”