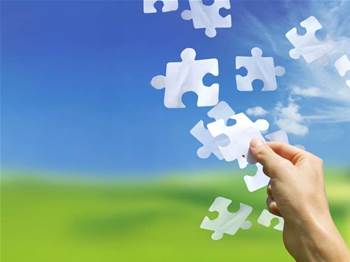 Calls for focus on sharing, buying services over software.

The South Australian Government has released a consultation paper outlining its planned approach to ICT, as part of a broader drive to embed a culture of innovation within government agencies.

The “SA Connected” paper (pdf), which focuses on the importance of connectivity, is being formally released in partnership with the Australian Information Industry Association on Wednesday.

“To improve our ability to innovate, we will work more closely with industry to develop a practical and sensible framework for introducing new technologies into government,” South Australian Premier Jay Weatherill states in the paper.

The State is calling for comment on the paper, which comes as agencies are being asked to develop new “rules” for using ICT in government.

“We want to see a change in the way in which we invest in technology. Therefore, we expect to see agencies developing and implementing ICT plans that deliver the kinds of outcomes canvassed in this position paper,” SA Department of Premier and Cabinet chief executive Jim Hallion wrote in the paper.

The draft rules devised so far include a “digital by default”, and collaborative and open approach to designing new services.

The paper also called for a shift from “buying software to buying services”, with locally-sourced services “valued the most”, and a change in focus from “big monolithic projects to rapid prototyping,” with problems tackled in bite-sized chunks and solutions tested through prototyping.

There is also a focus on shared services, with a plan to shift from agencies competing for resources, to “sharing first”.

Under the proposed plan, agencies would be required to demonstrate genuine effort has been made to identify and use existing solutions, with the CIO expected to put support in place to make it easier for agencies to share.

The SA paper comes after the Victorian Government released its draft ICT strategy in October. The Victorian paper also asserted that traditional ICT delivery models needed to be challenged, highlighting the use of software as a service.

The SA paper reaffirmed the government’s commitment to a number of ongoing ICT projects, but did not include delivery dates.

One of these is CareConnect, which received a ten-year $143 million funding injection last year and is designed to deliver a state-wide electronic health record.

Real time passenger information  is expected to be provided to Adelaide Metro customers in “early 2013”, according to the paper, and the government is also rolling  out high‐speed connectivity to all ambulance vehicles in South Australia, providing real‐time access to incident details and critical patient data.

The South Australian Government spends around $500 million on ICT each year, however recent state budget tightening has led to job cuts, most recently in the health sector.

The SA Office of the CIO declined to comment ahead of the official release of the paper by Weatherill on Wednesday.