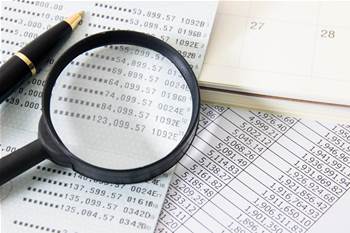 Ten-year desktop deal not delivering on savings, jobs ... or anything, really.

The South Australian government’s desktop outsourcing deal has blown out by almost $50 million and faces the prospect of further exceeding its budget.

The deal's genesis was an open call for “innovative” IT pitches to improve services issued in July 2015 and funded to the tune of $100 million.

Under the deal, DXC was to take over the state’s end-user computing responsibilities, including the purchase of desktops, laptops and mobile devices, for up to the next ten years.

At the time then-Premier Jay Weatherill called the deal a “win-win-win” for taxpayers, the government and the economy, with savings expected to reach $11 million a year.

However the project hit a speed bump last year, missing a key deadline after the government was forced to postpone the initial transfer of staff to DXC.

A report by The Adelaide Advertiser also stoked fears of deeper problems on the project, including allegations that the deal could cost the government millions more than first thought.

But on Friday the state’s new Treasurer Rob Lucas from the Marshall Liberal government said the deal had now cost $48 million more than first expected and could end up costing between $40 million and $80 million more.

He cited an independent report written in August 2017 that warned of a high chance of failure for the project.

Lucas said the report found that problems with the project stemmed from the former government's failure to follow standard project practices because it considered it too important and wanted to save time.

This resulted in the contract bypassing “much of the procurement methodology, discipline and rigour needed to properly manage the contract”, he said.

“The state now finds itself in a position where it has a project that is not set up for success and has a high chance of failure, has a contract in place with DXC that would be costly to terminate.”

Other major concerns said to have been raised in the report include needing a more complicated and costly service than originally expected and fewer devices being Windows 10 ready.

He said the devices were also incompatible with ICT applications used by SA Health - one of only two department to be serviced by the agreement to date.

These include the electronic patient administration system (EPAS) and the enterprise pathology laboratory information system (EPLIS), both of which are facing their own problems.

Lucas also claimed DXC – which had promised to create 400 local jobs – has offshored most of its Adelaide-based workforce associate with other contracts, leading to the creation of only 27 net jobs being created.

“This project has been an abject failure from the outset – over-budget, behind schedule and yet another shining example of the gross financial incompetence and mismanagement of the former Labor government that we’ve been left to clean up,’’ he said.

The government is currently looking to review its options to minimise any further cost associated with the project.