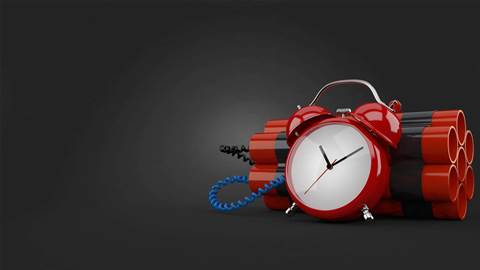 South Australia has found space in its 2016 budget to pay for the first stage of the migration of its regional hospitals off long out-of-date CHIRON patient administration software.

The software is currently at the heart of a bitter court battle between the state and vendor Global Health, which refused to sell the SA hospitals any more licences for CHIRON beyond March 2015.

However, with no transition plan in place, the 12 regional hospitals have continued using the system, triggering a copyright lawsuit that is due to be heard in early December 2016.

Global Health is going after the state for damages and breach of copyright, while South Australia is claiming crown privileges to maintain its use outside of normal licensing parameters.

The state government now appears, however, to be making space for a contingency plan should the federal court rule against it in six months time.

In budget papers handed down this afternoon, the government set aside $500,000 to pay for the "development of an implementation plan for the replacement of the existing patient administration system in country hospitals”.

The regional health facilities fell outside of the list of sites originally earmarked to get the now-notorious electronic patient administration system (EPAS) currently going live across metropolitan hospitals.

The EPAS rollout has been plagued by bugs and delays, and health officials could even be forced to install their old hospital solution into the new flagship Royal Adelaide Hospital if SA Health can’t get the functionality right in time.

Late last month EPAS was successfully switched on in Western Adelaide Queen Elizabeth Hospital, increasing the chances it might be tipped as the new solution for the remaining country sites as well.

The licensing dispute has reportedly taken its toll on the Australian branch of Global Health, which has been struggling with revenue shortfalls.

“The litigation with SA Health has demanded a significant amount of senior management time and distraction over the past 36 months. The trial is due within the next six months enabling a greater focus by senior management on our growth initiatives thereafter,” the company’s local boss Mathew Cherian said in a July market advisory.

The SA budget also injected new funds into the state’s education system, as it prepares a move away from its industrial past towards high-tech jobs.

Half of a $500 million package for the construction of new schools facilities will go towards upgrading science, technology, engineering and mathematics labs in 139 schools across the state.

The budget also commits $7.5 million over the coming years to establish an online computer-based exam system for South Australian high school leavers, that will replace the current paper-based SACE assessment.

The government says it wants to achieve “better alignment between SACE assessment and the ways in which students learn in the classroom”.

Other funded technology projects include: