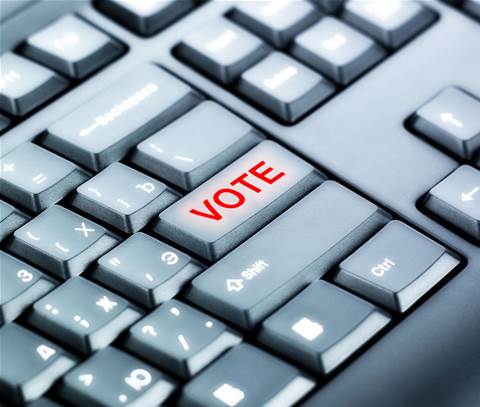 Russian hackers targeted 21 US state election systems in the 2016 presidential race and a small number were breached but there was no evidence any votes were manipulated, a Homeland Security department official told Congress today.

The Russia issue has cast a shadow over Trump's first five months in office. The extent of interference by Russian hackers, and whether they or others could interfere in future elections, has been the source of speculation and media reports for months.

Russia has repeatedly denied responsibility for any cyber attacks during the election. Trump has variously said Russia may or may not have been responsible for hacking but has dismissed allegations his associates colluded with Moscow as "fake news."

Manfra and other officials testifying today said US elections are resilient to hacking in part because they are decentralised and largely operated on the state and local level.

Senator Angus King, an independent from Maine who caucuses with the Democrats, voiced scepticism, saying only a small number of votes in key battleground states would need to be altered to tip the scales in an election.

"A sophisticated actor could hack an election simply by focusing on certain counties," King said. "I don't think it works just to say it’s a big system and diversity will protect us."

Mark Warner, the top Democrat on the senate panel, expressed frustration at Manfra's refusal to identify which states had been targeted. Arizona and Illinois last year confirmed that hackers had targeted their voter registration systems.

Samuel Liles, another senior DHS cyber official, likened states targeted or scanned to a thief walking by homes to scout for weaknesses, and breaches to breaking through a front door.

Special counsel Robert Mueller, a former FBI director, met today with senior senate judiciary committee members to ensure there was no conflict between his investigation of potential collusion between Russia and the Trump campaign and the panel's probe of what led to Trump firing FBI director James Comey.

Trump acknowledged on Friday he was under investigation in the probe of alleged Russian meddling in the 2016 race and possible collusion by his campaign, and seemed to assail the Justice Department official overseeing the inquiry.

Mueller was examining whether Trump or others sought to obstruct the probe, a person familiar with the inquiry said.

Jeh Johnson, who led the Homeland Security department until the end of the Obama administration, told the US house of representatives intelligence committee his department had issued warnings about hacking into voter registration databases.

Asked why the Obama administration did not do more to warn the public, Johnson said: "We were very concerned that we would not be perceived as taking sides in the election, injecting ourselves into a very heated campaign."

He told the house committee, which is investigating alleged Russian meddling in the election, that the notices did not get the attention he would have liked, blaming the emergence of a 2005 videotape - in which Trump brags about sexual conquests - for distracting the American public.