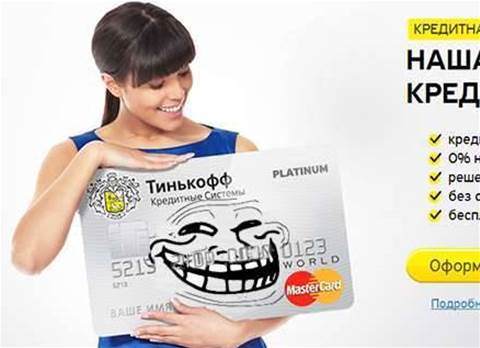 A Russian man has reportedly sued a bank for 24 million rubles ($A808,419) in an out-of-court settlement for compensation over a doctored credit card contract which he tricked the latter into signing.

The bank terminated his account for what it thought were non repayments, but the contract between the two which it signed in 2008 had been altered to remove interest repayments and fees.

The Goldman Sachs backed Tinkeroff Credit System failed to notice that the man, a former law enforcement officer, had changed the small print on the contract so that it required nil annual percentage rate and had no fees, and contained a statement that he was not obliged to pay fees and charges, Russian news site Abireg reported.

He also altered a web address within the contract to point to a site containing the altered terms.

In September this year a Russian Magistrate Court will rule on a counter-suit the man launched claiming the bank breached those clauses a total of eight times.

Abireg claimed the man was likely to win the case.