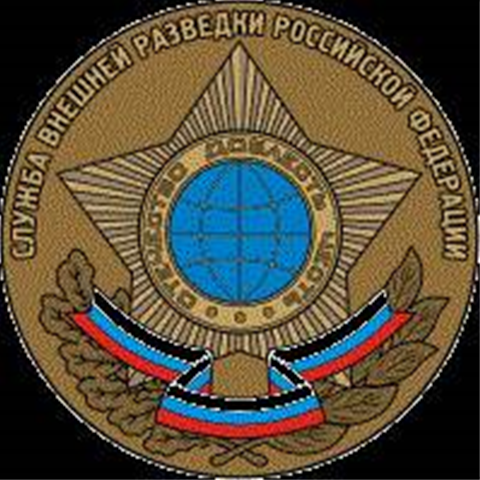 Seal of the SVR.

Sluzhba Vneshney Razvedki, or Foreign Intelligence Service, is part of the Russian General Staff of the Armed Forces.

According to the report, the intelligence agency is funding the three projects to the tune of 30 million rubles ($900,000).

To be completed by the end of this year and 2013, the purpose of the three systems is to automatically disseminate information on the Internet.

Of the three, the "Dispute" system will be designed to monitor blogs and social media, to understand how online communites that spread information are created and how they do it online, and also to measure how popular the information eventually becomes.

A second system called "Monitor-3" sets up "methods of organising and managing virtual Internet communities of experts" and creates tasks with workflow and reporting.

Based on the outcomes from the above two, the "Storm-12" software will automatically disseminate information in large social networks, being a "virtual army" that influences public opinion. Storm-12 will also collect statistics and analyse the efficiency of information sharing.

The systems will target social networks in Russia and overseas, and a source Kommersant spoke to said the first countries where they will be tested could be the Eastern European ones, which were part of the Soviet Union.

However, News agency RIA Novosti reported that a company claimed to have won the tenders for the project, Iteranet, denies taking part in it.

“We are not in the business of developing systems to monitor blogs and plant information in the blogosphere,” Iteranet CEO and former head of the Russian Cryptography Instititute Igor Matskevich told RIA Novosti.

Russian Internet pundit and popular blogger Anton Nosik said the main impediment for Storm-12 will be anti-spam measures built into popular social networks, and that part of the money will be spent on developing measures to neutralise these.

The coordinator for Russia's Safer Internet Centre, Urban Parfentiev, said the systems are replacements for old fashioned radio and TV propaganda machinery, to be used to debunk images spread by Western media.

Known by its initials SVR, the security service is the direct successor to the Soviet-era First Directorate of the Committee for State Security, or PGU-KGB, responsible for foreign intelligence and as well as training covert agents overseas.