Rosehill racecourse data centres on the inside track 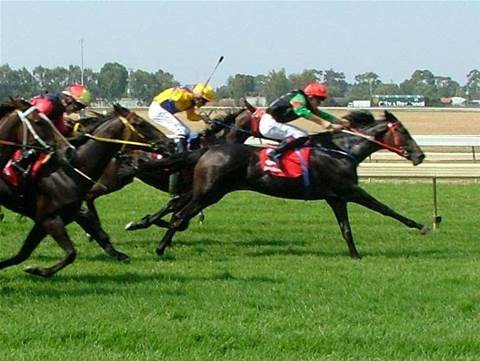 The club hosts its main data centre at the nearby Canterbury Park racecourse in Sydney's West, also its head office location.

The club's IT manager, Mark Eaves, told iTnews it had never had issues with its servers or communications systems but said that adding a second site would provide capacity for disaster recovery and network performance benefits to the Rosehill course, particularly on race days.

"We're looking to replicate that environment at Rosehill to assist in the case of a disaster. We'll also be looking at a VMware virtual solution to aid in the diaster recovery process."

It also runs Citrix in the data centre "for application and remote access", Eaves said, and smaller, custom racing applications it has developed; primarily in .NET or Visual Basic (VB), although there's still some legacy code in the environment.

"I've been here for 28 years and my background is as a programmer," Eaves said.

"I wrote our racing system in COBOL 20 years ago. Over time we've also added a lot of VB and VB .NET plug-ins that links it into the digital photo finish systems, for example, and uploads the photos and race results to our web site."

The club's network has an IP backbone between the two racecourses and a "funnel going out to the Telstra IP cloud at either end", he said.

It uses exclusively 3Com layer-three switches and internal VLANs to ensure transient network users - such as trainers and visiting celebrities - can't view betting and other information that is the domain of the club.

The club was one of the first beta testers for 3Com's NBX IP voice system. It has almost 600 handsets and is preparing an important upgrade to the newer VCX system.

Eaves said the NBX core and handsets work but he's keen to get his hands on new features such as Active Directory integration to enable unified communications.

But NBX has had its day: The handsets are ageing and 3com no longer makes or can source some of the accessories such as wall-mount brackets for the phones.

"It's getting quite long in the tooth now. It's beyond its product lifecycle and time for a facelift," Eaves said.

"We're in the process of looking at the VCX solution in the next financial year. I'd have liked to do it this year but it got pushed back a bit."

Some of the unified communication areas Eaves hoped to enable include integrated voicemail into Exchange and also establishing presence information on users.

He said much of the reason he and his IT team had stayed at the club for so long was because of the variety of IT challenges.

He said network demands continued to change, particularly on race days where the team typically juggles requirements from the press, celebrities, trainers, clients, sponsors and the racecourse itself.

"In older times we didn't provide services to anyone except the staff," Eaves said.

"Now people rock up with iPhones and expect wireless services."

The proliferation of laptop and mobile devices provided key challenges for the club, which has to ensure it complies with legislation that prevents punters from accessing popular gambling Web sites from the track.

"It's actually illegal to bring a laptop onto a racecourse to access information not currently available to bookmakers," Eaves said.

"That's becoming an untenable situation when people bring 3G iPhone type devices onto the course and try to access that type of data."

The IT department of seven is responsible for all technology aspects - from support to communications, hardware and software, satellite systems and radar.

Complications often come from external factors - for example, remote wireless stations that interfere with the radio-frequency transmitters and receivers located in the saddle bags of horses. But this is all part of the reason Eaves stayed at the club.

"All of my staff has also been here for six years or more. I think it says something for the environment and the way the turf club treat their employees."