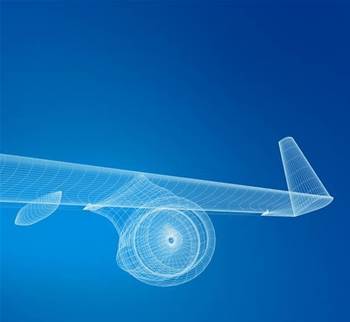 AI to manage maintenance and procurement.

Associate professor Adrian Orifici from RMIT’s School of Engineering said understanding the mountains of incoming performance data was a major challenge defence agencies are struggling with.

“Systems like defence are now so complex that optimising and maintaining all the technology effectively is beyond human capability,” he said.

“What’s needed is an integrated environment where digital representations of systems, models and simulations - combined with new thinking in data analytics and AI - are all adding value to the flow of information and sensor data.”

He argues that the VDOT framework could do this, while also virtually testing components to evaluate mission performance for new aircraft or other assets.

It could even recommend design possible design changes based on historical performance data.

“VDOT proposes a disruptive approach, one that can help predict the cost of ownership of an aircraft that may be in service with the RAAF for up to 40 years,” Orifici said.

“This means smarter acquisition and value for money, where a new fleet can be evaluated in various battle scenarios before making a procurement decision.

“In this way, our proposed AI system would oversee the massive amounts of data from a plethora of sources to inform decisions that save time, money and potentially lives.”

Associate Dean of Aerospace Engineering and Aviation at RMIT, Professor Pier Marzocca, added that smart materials with built-in sensors would collect data for each aircraft or component on strain, repair needs and the type and number of deployments, then feed that into this system.

“In the not-too-distant future, all aircraft will have a digital twin with all the information on materials and specifications added to over time with flight data, engine data and so on,” Marzocca said.

“By harnessing these disruptive technologies to optimise complex systems, VDOT gives us the first real look of what industry 4.0 looks like for defence.”

However, Orifici said that successfully implementing VDOT or similar frameworks will require significant work in assigning responsibilities and intellectual property controls across disparate systems and databases.

“The feasibility of developing such a system has been systematically investigated and proven but complexities over access and IP security are some of the challenges to be overcome,” Orifici said.

“Our virtual framework serves as a platform offering a way forward for defence to embrace an industry 4.0 system and optimise these complex systems.”

RMIT is presenting the VDOT framework at the 18th Australian International Aerospace Congress in Melbourne this week.