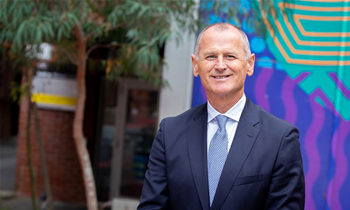 Professor Aleksandar Subic has returned to RMIT University as its inaugural vice president for digital innovation, as well as deputy vice-chancellor of the College of Science, Engineering and Health.

Subic said his first priority in the new role will be to connect with stakeholders involved in digital innovation at the university and establish a “team approach supported by world class academic capability and strategic industry partnerships”.

He said industry organisations, alongside business and government, have a key role to play in driving the best research and education outcomes that create economic and social impact.

“For RMIT to stay relevant and play an important role in industrial and societal transformations, it is essential that we engage closely with industry, as well as business and government,” he said in a statement.

“Our research and education must be informed by the needs of industry and society.”

“This is a complex issue that requires a comprehensive diversity and inclusion strategy involving a range of different approaches,” he said.

“I will focus on supporting the development of female leaders and role models in STEMM while continuing to promote a culture of inclusion and diversity.”

In addition to his work at RMIT, Subic is leads the Australian Industry Group (AiG) committee for the future of work, education and training, and is the co-chair of the National Digital Transformation Expert Panel established by Australian Industry Standards.

He is also chair of the European Research Council Expert Panel for Physical Sciences and Engineering, and works with German Plattform Industrie 4.0 leadership.

He joins from Swinburne University, where he oversaw a number of innovation and industry 4.0 initiatives driven by partnerships with the likes of Siemens, AWS and Wipro in his role as deputy vice-chancellor of research and enterprise.

During his first stint at RMIT, Subic also served as dean of the School of Engineering for three of the 18 years at the university.