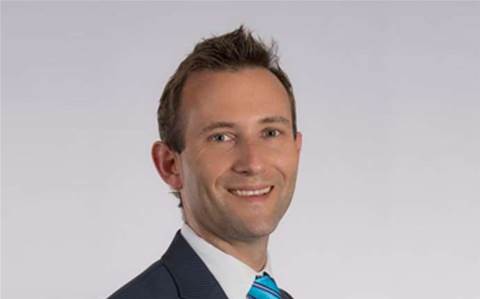 Only one former chief left.

Six new technology executives have joined RMIT University after the organisation conducted a spill and fill of its IT leadership ranks in August.

A new chief technology officer and chief information security officer are among the group to have joined the university as part of its newly-installed matrix management structure.

The university's former leadership team were asked to apply for new roles as part of the August restructure.

Only one was successful in obtaining one of the positions on offer. Most of the previous leadership team have exited the university.

David Preiss, former head of IT strategy and architecture at SuperPartners, has joined the university as its chief technology officer, responsible for systems architecture.

Former manager of IT planning and business solutions at United Energy, Max Kennedy, is RMIT's new director of the office of the CIO, and head of the change program and vendor management.

The three will be joined by functional managers Michelle Rennie, who will oversee learning, teaching and research; Sinan Erbay, who is in charge of technology in university operations; and Michael Bobele, whose portfolio covers student acquisition, insights and administration.

Only Bobele had previously been employed by RMIT.

The new managers, who answer to CIO Paul Oppenheimer, will oversee the rollout of a three-year transformation program called ICT 2020, which is based on a university-wide strategic plan.

Under the matrix structure, the management of each task is shared by one of three project managers who oversees a particular type of task, and one of three functional managers, who are responsible for a product or service.

RMIT chief information officer Paul Oppenheimer told iTnews the matrix operating model had been introduced by the previous leadership team, with his task now to refine it.

“Really, the fundamental thing is to look at the skills and capabilities required in line with the new [matrix] operating model, and then search for the right people with the right skills in the right positions,” Oppenheimer said.

Oppenheimer said his priority now was to look at how best to execute a new ICT plan as part of the university's broader "ready for life and work" strategy.

“The prioritisation is, in the first instance, making sure our systems provide a best in class digital experience, while ensuring that we have the right security and ICT foundational capabilities in place," he said.

While the plan is still under development, Oppenheimer said streamlining in-classroom A/V setups and application integration platforms would be two areas of focus.

“We’re looking at converting the A/V setup in classrooms and utilising service-based solutions and cloud... The benefits are that it doesn’t require high levels of infrastructure in each classroom, and it’s a better experience for students,” he said.

“The other thing we’re looking at is the integrations we have in place. If we don’t keep investing in that integration layer, it gets harder and harder to integrate into other systems.”