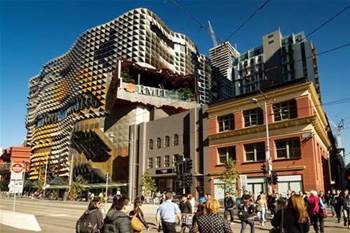 The project will be run in collaboration with the University Foreign Interference Taskforce (UFIT) on behalf of the higher education sector.

The CSRI, led by professor of cyber security Matt Warren, was launched in July this year to develop the nation’s cyber security capabilities with a focus on policy, infrastructure, supply chain and talent development.

Warren said the centre is well placed to help develop the sector-wide threat modelling and threat intelligence sharing network that was outlined in the federal government’s $1.6 million funding package for the project, which was announced by education minister Dan Tehan in June.

“Enhancing cyber security in the higher education sector has been a core task of government, universities and national security agencies working through the University Foreign Interference Taskforce,” Tehan said at the time.

“The development of threat modelling and intelligence sharing between universities and government will help identify new and emerging threats as well as best-practice responses.”

The initiative follows several high-profile security incidents at universities, including two significant data breaches at the Australian National University in a year.

NSW universities were also criticised by the state’s auditor-general in June this year for persistent issues with key security controls and a failure to adopt clear reporting standards despite increased spending.

The CSRI plans to address these issues by bringing together industry partners with researchers from different academic disciplines including computer science, business, engineering, mathematics and entrepreneurship.