Risk-averse CFOs defer appetite for IT 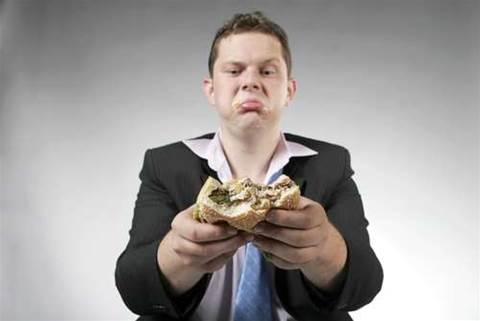 Deloitte has warned CIOs to expect deferral or cutbacks to IT projects by increasingly nervous and risk-averse chief financial officers.

The consultancy's latest survey found 73 percent of CFOs do not believe now is a good time to take more risk on company books.

As CIOs increasingly report up to the CFO, the survey presents a barometer of the sentiment among those who sign off on IT expenditure - both capital and operational.

Of particular note, 45 percent of CFOs expect their operating margins to fall over the next year.

This could impact IT shops that have converted IT projects from CapEx to OpEx - such as those who have adopted cloud or other as-a-service-based systems.

"The margin squeeze in a lot of parts of the economy is obviously driven by demand softening in the market and price pressure and an inability to pass price increases on," consulting partner Donal Graham told iTnews.

"Invariably, to protect the bottom line, companies will look at cost cutbacks in terms of their overheads.

"Certainly any IT expenditure that falls into the expense area, I'm pretty sure a lot of CFOs have looked into where they can cut back on it, particularly if they think it's not going to have a longer term detrimental impact."

Although Graham did not consider day-to-day IT expenditure to be "particularly risky", he noted it an area that could be targeted for cutbacks or deferrals.

It was ultimately larger IT projects - particularly those with longer return-on-investment cycles - that could face deferral if economic uncertainty continues to weigh on CFOs.

"I think most CFOs see these projects as complex and therefore invariably carrying a fair degree of risk, not just in terms of managing the expenditure but also getting the benefits," he said.

"Also, very often the payback period for some of these larger IT investments are several years, and if a company is looking at the moment to its P&L, they might say, 'Well, if I'm not going to get a benefit for three years in this environment I might just defer it for a bit until we're in better times'."

However, there remained opportunities for IT investments to flourish. The survey found spending on productivity suites is strong - 84 percent of CFOs approved ICT projects there.

In addition, there is scope to improve productivity further by undertaking programs of work that focus on process improvements.

The survey found only 44 percent of CFOs had undertaken such work in the past year.

"My view is whether it's IT related or not, not enough Australian companies take ongoing continuous improvement of processes seriously, particularly by implementing techniques like Lean Six Sigma and these kinds of classic process improvement techniques," Graham said.

"I think this is an opportunity for IT executives when they are trying to justify expenditure.

"Where can you look at either IT investments that have already been made or even the business cases upon proposed IT investments, and say, 'Look where could we push the envelope here and look for additional business benefits by actually changing some of our processes to actually improve the overall business case?'"