Rio Tinto to outsource IT 'back office' to IBM 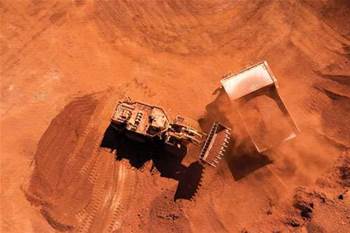 Rio Tinto has reportedly signed a global outsourcing deal with IBM that will affect up to 800 "back office" employees.

A spokesperson for the mine giant did not specifically confirm details of the deal, but said the company is "actively seeking ways to reduce costs and improve productivity".

"We are working with our partners to find opportunities to reduce our costs in support functions like HR, finance, IT and procurement across Rio Tinto's global operations," the spokesperson said in a statement to iTnews.

"It is too early to talk about any impact on roles."

The Australian Financial Review reported earlier today that the deal could span a decade and be worth up to $100 million. The report stated work would be divided between IBM operations in India, Europe and South America.

Rio Tinto's spokesman said that as the miner faced "increasing costs ... it makes sense to partner with other companies for back office and transactional work", especially given its core business was in mining rather than in these support functions.

The miner is no stranger to IT outsourcing, having previously outsourced some of its service desk and desktop services to CSC in 2007.

Rio Tinto also has previously outsourced some application development to India's Infosys, and said in April this year that it was looking to farm out considerably more work to Indian outsourcers Infosys and TCS.