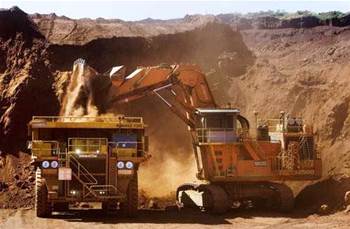 The mine giant has contracted Alcatel-Lucent to deliver the radio access network, together with a mix of microwave and fibre backhaul systems, and network management system.

A Rio Tinto spokeswoman declined to comment to iTnews on the miner's plans for the network.

The network is expected to underpin "in-pit mining operations, including asset monitoring and other production and safety systems", according to an Alcatel-Lucent statement.

The network equipment vendor will provide project management, design, test and maintenance services as part of its contract with Rio Tinto. It won the contract under a tender process.

It was unclear why the West Angelas mine was chosen as the site for the network deployment, though Rio Tinto has previously used it as the testbed for automated systems, such as driverless trucks.

Five trucks went through 897 days of testing at the site, before being put into production operations at Yandicoogina and Nammuldi.

It is also not known whether the contract with Rio Tinto provides scope for further expansion to other pits in the iron ore group. However, its base at West Angelas is suggestive that the concept is being tested for deployment elsewhere within the group.