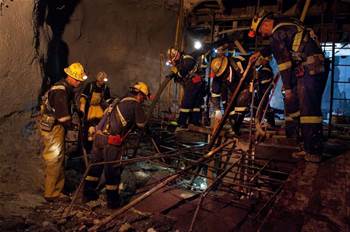 Rio Tinto will put the weight of an exploration big data push and its newly-formed Growth and Innovation group behind its desire to identify a “tier 1” copper asset.

Speaking at the annual Diggers & Dealers conference in Kalgoorlie, Growth and Innovation group executive Stephen McIntosh said Australia was “overdue for a tier 1” mineral discovery of any type.

McIntosh has previously made no secret of his goal to lead Rio Tinto to a “rare tier 1 opportunity”.

Back in February, he outlined an ambitious project to strike partnerships with junior miners to search decades of mineral sample data in the hopes of identifying an elusive tier 1 resource.

In June, McIntosh was promoted to lead Growth and Innovation, elevating his partnership and big data drive.

While Rio Tinto is ostensibly wanting to identify any tier 1 resource – another Pilbara or Cape York, for example – McIntosh yesterday made it clear where Rio’s priorities lie.

“We explore for multiple commodities but our current focus is skewed towards base metals and in particular copper,” he said.

“We like to describe ourselves as commodity agnostic, but it’s fair to say we’re keen to find a Tier 1 copper asset.”

“The proprietary global data we have of copper projects built over many decades … increases our ability to compare and contrast deposit age styles and types,” he said.

“We are able to sift and prioritise opportunities based on preferred mineralogy and chemical signatures.

“It works in theory, it works in the lab, it works in field trials, and now we want to use it to find a tier 1 discovery. So if you have a copper concept, my hope is you will come and knock on our door.”

While McIntosh saw the present cadence between new tier 1 copper discoveries – “on average, once every four years” – as favourable, even if his big data and collaboration drive is successful in locating a tier 1 deposit, he may not be around Rio Tinto to see it tapped.

“The challenge is it takes an average of 25 years from exploration program inception, through to discovery and then first production,” he said.

“The chances are that any new copper discoveries my team make under my watch are likely to be in production when many of us are in retirement.”