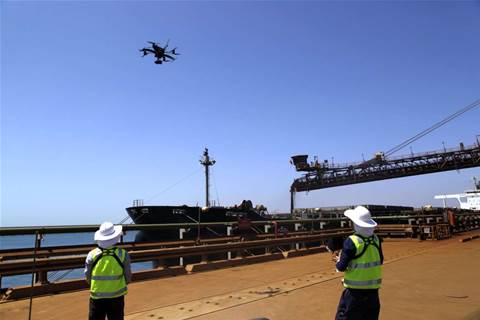 Rio Tinto has offered up a rare glimpse into the return on its $7.2 billion investment into autonomous technologies, detailing the cost and productivity benefits achieved recently under its Mine of the Future program.

The miner has been one of the biggest adopters of autonomous technology in the resources sector.

It runs Komatsu driverless trucks in its Pilbara operations, unmanned aerial systems to monitor and inspect its mines, automated drilling systems, and is preparing to launch its AutoHaul long-distance heavy haul rail network.

Today it revealed new metrics showing its hefty investment into the technology was paying off.

Its autonomous trucks had proven to be 12 percent more productive than the manned fleet, Rio Tinto said, and it had been able to cut load and haul costs by 13 percent thanks to the technology.

Operational savings from its use of autonomous drills came in at 8 percent, the miner said.

It said it expected to be able to save $200 million a year over the next three years in maintenance costs by using predictive analytics and "enhanced" maintenance planning systems.

The company has also completed 250 automated train journeys on its driverless long-haul rail corridor ahead of an expected go-live of mid next year.

The software for the rolling stock was 86 percent complete, Rio said, and it had nearly finished modifying all the locomotives that will run on the network.

Similarly, its use of big data analytics on 900 haul trucks - which provide 4.9TB of data each day - had provided real-world data on actual run times, allowing it to defer around $248,000 in maintenance costs.

Its 3D modelling tool RTVis - which displays the pit environment at its mines in 3D - had allowed the miner to reclassify 1 tonne of resources for blending.

Late last year Rio Tinto said that after one year in use, RTVis was driving up to $500,000 of incremental value a year by allowing the miner to extract additional iron ore and minimise waste.